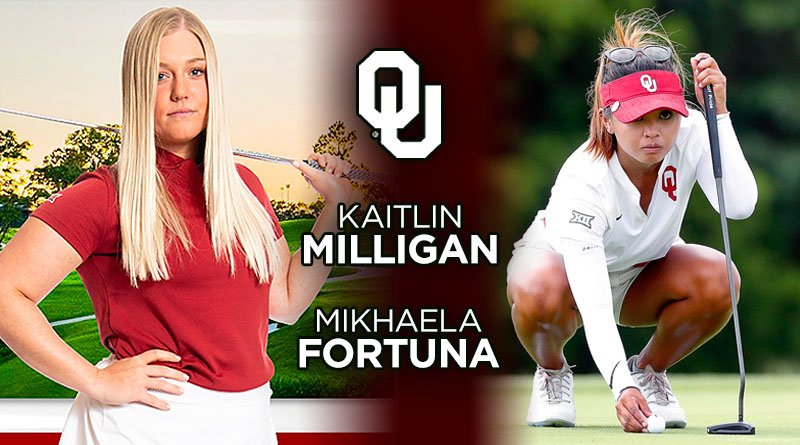 Oklahoma is heading west to open the spring slate of its women’s golf season. The Sooners tee off Sunday in the ninth annual Westbrook Invitational at the par-72 6,252-yard Westbrook Village Golf Club in Peoria, Ariz.

The two-day, 54-hole, event will showcase a deep field that features six teams ranked in the top 50 of the most recent Golfstat rankings. The No. 33 Sooners are joined by No. 19 Illinois, No. 29 Mississippi State, No. 42 Tennessee, No. 44 Ohio State, No. 47 Denver, College of Charleston, Indiana, Iowa, Kansas State, Missouri, Nebraska, Notre Dame, UC Davis, UNLV and host school Wisconsin.

“We’ve played well in the past at this event and the course sets up really well for everyone’s game.” head coach Veronique Drouin-Luttrell said. “We love playing at Westbrook and are excited to get started there again this year.”

The Sooners have played at Westbrook three times in the tournament’s eight-year history, including each of the last two seasons. Last year, OU finished in second place after firing a 10-under 854 over three rounds, finishing one shot off the lead. The Sooners won the event in 2018, when the team broke the program record by shooting a 25-under 839 to beat Ohio State by one stroke. In 2015, Oklahoma finished tied for sixth.

Junior Kaitlin Milligan and sophomore Mikhaela Fortuna will try and lead the Sooners to their 51st all-time program win, as the two have found past success in Peoria. In 2018, Milligan broke the school record for lowest 54-hole score by shooting a 199, including a Big 12 record low-round of 62 en route to a runner-up finish at the tournament.

The Norman native finished in seventh place in the 2019 edition while Fortuna fired a 214 over 54 holes.

Oklahoma tees off at 9:30 a.m. CT Sunday with a shotgun start.

Live scoring will be available on Birdiefire.