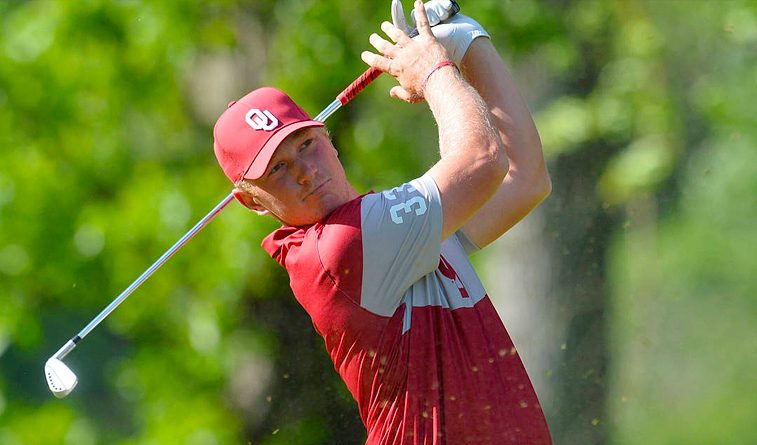 ORLANDO, Fla. – Oklahoma junior Brad Dalke and three members of the Oklahoma State Cowboys have been selected to represent the United States at the 2018 Palmer Cup, the Golf Coaches Association of America announced Wednesday.

Dalke becomes the first OU player to represent the Sooners at the event. The junior will be a part of the 24-player United States team that will compete against the top collegiate international golfers, July 6-8, at the Evian Resort in Evians-les-Bains, France.

OU head coach Ryan Hybl will serve as the head coach for the U.S. men’s squad and announced the roster live on Golf Channel on Wednesday from the Arnold Palmer Invitational.

“I am so proud that Brad is going to represent the United States for us in the Palmer Cup,” Hybl said.  “This is such a huge honor and he played his way onto the team.  He is the first Oklahoma Sooner to be a part of the Palmer Cup and I could not be happier for him.”

Dalke leads the Sooners in stroke average (70.37) and has picked up five top-10 finishes in seven events this season. The junior helped OU to the 2017 NCAA Championship last season and was named a PING Honorable Mention All-American.

Chosen from OSU were Viktor Hovland as a member of the International Team, while Zach Bauchou and Matthew Wolff will represent the U.S. side.

Hovland, a sophomore for the Cowboys, is one of three players returning from last year’s European squad. He has finished in the top four in each of his last four starts for OSU, including a pair of runner-up showings during that stretch.

Like Hovland, Wolff was named to the team via the Palmer Cup Rankings, while Bauchou was chosen via committee selection.

A junior, Bauchou has posted top 10s in five of his last six starts with four of those resulting in top-five finishes. His best finish has been a fourth-place showing, which he has done on three occasions.

Wolff has finished in the top three in four of his last five starts. The Cowboy freshman has three runner-up finishes to his credit.

Including this year’s representatives, OSU players have been chosen 19 times to compete in the event since 1997.