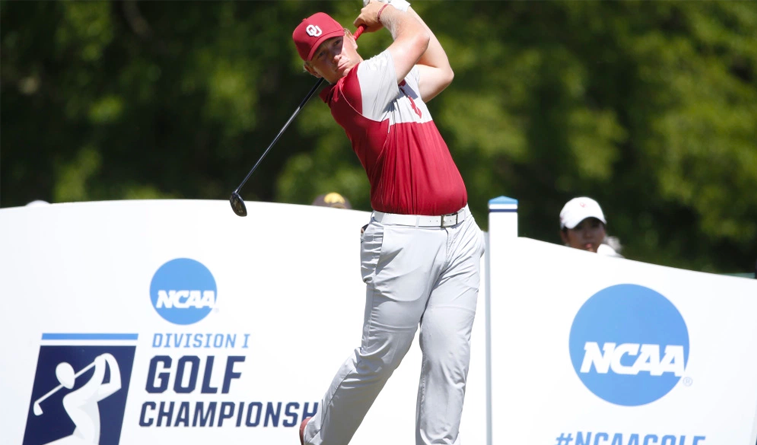 NORMAN — The No. 4 Oklahoma men’s golf team looks to advance to its eighth consecutive NCAA Championship at the NCAA Norman Regional this week. The three-day, 54-hole tournament is taking place Monday through Wednesday (May 14-16) at the par-72, 7,452-yard Jimmie Austin OU Golf Club in Norman, Okla.

The Sooners, who are the No. 1 seed at the Norman Regional, are returning to competition after winning the 2018 Big 12 Championship. The win marked the program’s first Big 12 title since 2006. Senior Grant Hirschman became the first OU player since 2005 to earn individual medalist honors at the Big 12 Championship with a 72-hole 283 (+3). Junior Brad Dalke and redshirt sophomore Quade Cummins also placed in the top 10, tying for seventh.

The Sooners will tee off from hole No. 1 starting at 7:30 a.m. CT on Monday and will be paired with No. 2 seed Auburn and No. 3 seed Arkansas. Admission is free.

OU LINEUP
1.    Brad Dalke, Junior: Leads OU with a 70.41 stroke average … Made the Big 12 All-Tournament Team tying for seventh overall at 286 (+6) at the Big 12 Championship … Fired a 66 (-5) in the second round at the ASU Thunderbird Invitational … Earned fourth top-5 finish of the season with a three-day 207 (-6) at The Goodwin … Won second individual tournament title of his career with a three-round 208 (-8) at the Lone Star Invitational … Selected to the U.S. Palmer Cup Team on March 14 … Named to the watch list for the 2018 Ben Hogan Award and the Haskins Award.

4.    Blaine Hale, Junior: Recorded OU’s lowest score in the final round of the Big 12 Championship with an even-par 72 … Tied for 12th place at 209 (-4) at the ASU Thunderbird Invitational … Earned fifth top-10 finish of the season, claiming a share of seventh with an overall 208 (-5) at The Goodwin … Finished tied for 10th place at the Lone Star Invitational as an individual.

5.    Quade Cummins, Redshirt Sophomore: Joined the Big 12 All-Tournament Team typing for seventh overall at 286 (+6) … Sooners’ top-finisher at the ASU Thunderbird Invitational earning third place with a three-day 204 (-9) … Finished with an overall 209 (-4) at The Goodwin, matching his 54-hole career low … Tied for sixth place at the Lone Star Invitational, marking his second top-10 finish in his last three team events.

OU’S NCAA REGIONAL HISTORY
Last year, the Sooners placed fourth at the NCAA Stanford Regional to advance to the NCAA Championships finals for the seventh year in a row. At the national tournament in Sugar Grove, Ill., OU claimed the NCAA Championship after a 3-1-1 victory in match play over Oregon.

LIVE STATS
Live scoring will be available on GolfStat.com<http://results.golfstat.com/public/leaderboards/gsnav.cfm?pg=team&tid=15134>.