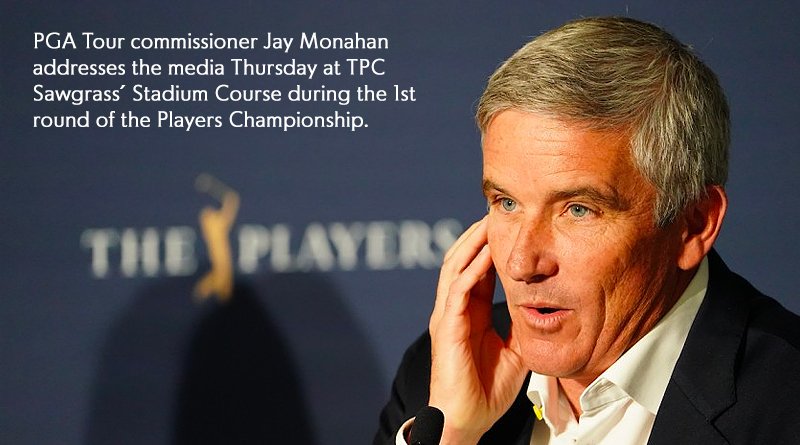 From The Morning Read

The PGA Championship and four other events on the PGA Tour joined golf’s growing list of tournament casualties late Tuesday because of the coronavirus pandemic.

The PGA of America postponed its PGA Championship, which had been scheduled for May 16-19 at TPC Harding Park in San Francisco, minutes before the PGA Tour announced four more cancellations on its schedule. The Tour scrapped four weeks of play leading up to the PGA dates: RBC Heritage, Zurich Classic of New Orleans, Wells Fargo Championship and AT&T Byron Nelson. The PGA Tour also canceled tournaments on its other tours – Champions, plus the developmental Korn Ferry, Latinoamerica, Canada and China – through mid-May.

The news comes five days after the PGA Tour halted its flagship event, the Players Championship, after the first round March 12 at TPC Sawgrass’ Stadium Course as the seriousness of the coronavirus outbreak rapidly escalated in the U.S. One day later, the Tour canceled its next three tournaments, leading up to the Masters. Later that day, Augusta National Golf Club, which administers the Masters, postponed the season’s first major championship.

With the latest wave of tournament casualties, the Tour will lose at least 11 tournaments in the heart of its season. The PGA Tour’s next scheduled event is the Charles Schwab Challenge on May 21-24 in Fort Worth, Texas. Four weeks later, the next major championship, the U.S. Open, is scheduled June 18-21 at Winged Foot Golf Club in Mamaroneck, N.Y.