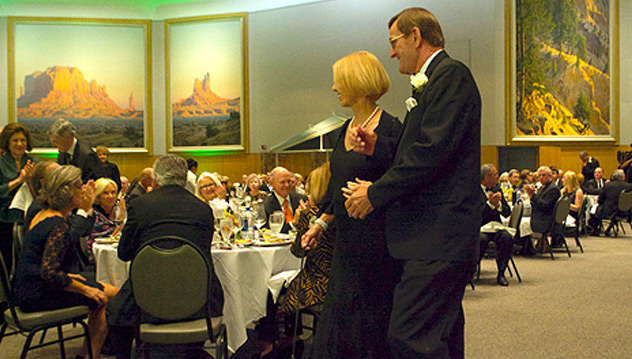 A limited number of sponsor tables and individual seating are available for the upcoming 2016 Oklahoma Golf Hall of Fame induction reception and dinner at 6 p.m. Sept. 18 at Southern Hills Country Club. Please call 918-280-0787 or go to www.oklahomagolfhof.org as soon as possible to reserve your spot for the gala affair honoring some of the giants of Oklahoma golf history. In addition to the inductees, the Hall of Fame executive board has announced its 2016 scholarship winners, including Class 5A state champion David Trimble, who will be attending the University of Oklahoma, and Hadley Walters of Edmond, who will be attending Oklahoma State University. In addition, the first Everett Dobson Award, a monetary award to help a graduating senior golfer begin his career, will be given out. The winner of that award will be announced in late August.

One of the great pure ball strikers in the history of the game, Bolt didn’t join the PGA Tour until his early 30s, but still went on to win 15 PGA Tour events, none more memorable than the 1958 U.S. Open, where he bested a young Gary Player by four shots.

Bolt was known far and wide for his temper, which led to an occasional club toss, but should have been better known for his skill. In his long retirement at Cherokee Village, Arkansas, he played thousands of rounds with only a rare flash of anger, and was better known as a staunch supporter of local charities and junior golf. He lent his name and time to the Tommy Bolt Classic at the Jonesboro CC to raise funds for the Arkansas State golf team for many years.

In a 1994 interview with this writer, Bolt said his smartest move as a professional was to spend three weeks with Ben Hogan in Fort Worth, Texas, in 1955, where Hogan taught him his secret, or at least one of them.

“I didn’t really learn to play golf until then,” Bolt said. “He told me what his secret was. It was the left hand moving over on top of the club to eliminate the fear of hooking. I was always a hooker. I could get the ball up and down, so I won tournaments, but I was always hooking my drives.”

With the snap hook eliminated, Bolt won three times in 1955, once in 1957 and then won The Colonial before coming to Tulsa for the first major championship at Southern Hills.

“Let me tell you, winning that U.S. Open was my ultimate goal since I was a little kid caddying,” Bolt said. “I almost won that thing two or three times.”

Bolt won a second major when he captured the PGA Seniors Championship in 1969, one of three senior tour victories.

Five years later, McNamara was appointed coach of the fledgling University of Tulsa women’s golf team, and remembered to find out what that special talent was up to. In her second year, she flew with booster Dr. Bob Jones and former Cedar Ridge CC professional Buddy Phillips to Roswell to make a scholarship offer to Nancy Lopez.

“We hit it off immediately,” recalled the legendary TU coach, who herself is already a member of the Oklahoma Golf Hall of Fame. “I asked her how she would like to come and be instrumental in the starting of a great program and she was up for the challenge.”

The summer before she came to Tulsa, Lopez was the runner-up at the U.S. Women’s Open, causing McNamara to think she might be ready to turn pro. Instead, she hit the TU campus with her million-dollar smile and her yellow Gran Torino that she continually gunned until her teammates nicknamed her “Screech.”

And she came ready to win. In her two years at Tulsa, Lopez won 11-of-19 tournaments, including the AIAW National Championship as a freshman and placing second as a sophomore. The Hurricane, with Nancy Aaronson and Cathy Reynolds also starring, placed second nationally in both events, starting a dynasty that continued for decades.

“I loved my time in Tulsa,” Lopez said. “Dale was great, and so was Buddy Phillips. Dale was more than the ordinary golf coach, she was a great player who really knew what she was talking about. She was enthusiastic and really looked out for us.”

She took that killer swing and attitude right to the LPGA Tour, winning nine events, including five consecutively, as a rookie. She added eight more wins in 1979, giving her 28 victories over a four-year span between TU and her first two years on Tour.

Lopez went on to record 48 LPGA victories, including three majors. Her connections to Tulsa and Oklahoma were always prominently mentioned on broadcasts and in national publications, bringing great notoriety to TU, the city and Oklahoma golf.

Although all three of his sons wound up being fine players for the University of Oklahoma, Jerry Cozby has some ties to Oklahoma State as well.

His father, Steve, had a house in a Gulf Oil camp in Odessa, Texas, when Jerry was a child. Across the alley was a house owned by Speck Holder, father of Mike Holder, a 2015 inductee and astonishingly successful golf coach at OSU.

Although Jerry doesn’t remember meeting Mike, who was just a baby, the two dads pooled their efforts to build a nine-hole golf course with sand greens on an abandoned prairie dog town. That’s where Jerry played his first golf and fell in a love with a game that he still adores today.

After a successful junior career including winning national championships at Odessa Junior College and Lamar, his first job was an assistant to Texas Golf Hall of Fame professional Hardy Loudermilk at Oak Hills Country Club in San Antonio. It was there he made his best career move, persuading Karole Stanley to become Karole Cozby. In 1969, at the age of 27, he accepted the position of head professional at Hillcrest Country Club, the exquisite Perry Maxwell layout in Bartlesville, where he ran the shop and club with an iron will and soft heart for 41 years.

“Golf professionals only have one job,” Cozby said. “Our job is to make sure all amateur golfers, whether at public courses or country clubs, are having a good time and enjoying the game. Hopefully we’ve done something to contribute to them playing the game to the best of their ability. Any other way of looking at it is a mistake, in my opinion.”

“I owe everything to that man,” Johnson said. “He taught me more than I can ever say or ever repay. He taught me how to pay attention to detail, how service is the law of the land. He brought the same enthusiasm, energy, drive and dedication to work every day, not just tournament days or weekends, but every day.”

“I’m very flattered, very humbled and totally shocked by this,” Cozby said. “When I think about those sand greens that I grew up on, I just have to pinch myself. There are a lot of good golf professionals out there, many that are a lot better than I am.”

Labron Harris was a foundational figure in collegiate golf coaching. He started the Oklahoma State program from scratch in 1947 and led the team to its first national championship in 1963. He coached the Cowboys to 24 conference champions, had 27 All-Americans and two national champions in Earl Moeller in 1953 and Grier Jones in 1968.

Coaching was just part of the Harris legacy, however. He designed and built Lakeside Golf Course in Stillwater, designed nine holes at Cushing Country Club and helped other courses in the area. He was a long-time member and strong supporter of the PGA of America.

Harris was born in Dardanelle, Arkansas, and moved to Wewoka, Oklahoma, at age 8. He graduated from Wewoka High School in 1927, having lettered in basketball, baseball, track, tennis, and football. Harris then attended Southwestern State College in Weatherford, wrestling in the first match he ever saw. He also competed in golf, winning the Oklahoma Collegiate Conference individual title, and graduated in 1935. Beginning in 1936, Harris won three consecutive Oklahoma Sand Greens Championships.

Harris became Guthrie Country Club’s head professional in 1936 and stayed there until Henry P. Iba hired him as Oklahoma State’s golf coach in 1947.

Harris retired to Sun City, Arizona, and died on August 14, 1995. He was honored with induction into the Golf Coaches Association of America Hall of Fame and the Oklahoma Sports Hall of Fame. The Harris Award is presented annually by the Golf Coaches Association of America to the college or high school coach and PGA Professional whose support of the game through teaching, coaching and involvement in the community has helped ensure the continued growth of the game of golf and who represents the finest qualities the game has to offer.

In the midst of the Great Depression, W.K. Warren Sr. walked determinedly into the Chicago office of oilman Waite Phillips in Chicago and ask him to not only donate 300 acres of prime real estate he owned in south Tulsa, but put up the money for construction of a country club with an Olympic-size swimming pool, riding stables, skeet range, tennis courts and a polo field.

Phillips scoffed. He did agree, however, that if Warren could find 150 individuals to put up $1,000 each to build the club, he would donate the land. And he had 18 days to do it.

It seemed an impossible task, as even the well-off oilman Warren and his friends could scarcely afford an extra $1,000 at the time. Yet on Jan. 14, 1935, Warren presented Phillips with a list of 140 men who would put up $1,000 each. He was 10 men short of the stipulation, but Phillips was convinced the project had merit. Over the next few years, Southern Hills was built, with the now famous 18-hole layout by Perry Maxwell.

Warren Sr. came from humble beginnings in Tennessee as a newspaper carrier who built his own oil, gas and transportation company, the Warren Petroleum Corporation, which Gulf Oil purchased in 1953 for $420 million. He established the W.K. Warren Foundation in 1954 and St. Francis Hospital was built by the foundation in 1959, and is still expanding today.

W.K. “Bill” Warren Jr. has lived up to his father’s legacy. The chairman emeritus of The William K. Warren Foundation and chairman and chief executive officer of Warren American Oil Company, his contributions to the game include pushing through what was then a contentious proposal among the membership to build an additional nine holes at Southern Hills, hiring Ben Crenshaw and Bill Coore to design the nine and helping in the process to launch their careers as the most sought after design duo today. He played a crucial role behind the scenes in Southern Hills’ landing of both the 1994 PGA Championship and the 2001 U.S. Open.

At his alma mater Notre Dame, Warren hired Coore and Crenshaw again and funded the construction of the Warren Golf Course, now known as one of the best public facilities in the Midwest.

“Dad was a visionary,” Warren Jr. said. “He was the instrumental person in getting Waite Phillips to donate that land. And just like when he built Saint Francis, people thought 61st and Yale was way out in the country and no one would ever go there.

“He was a driver and he was the boss. It was difficult as a son sometimes because of the pressure and stress he put on you. But I couldn’t have had a better teacher, when it came to religion, golf, character, business and thinking outside the box.”

Warren said he was “surprised, thrilled and deeply honored” to be included in the Oklahoma Golf Hall of Fame.