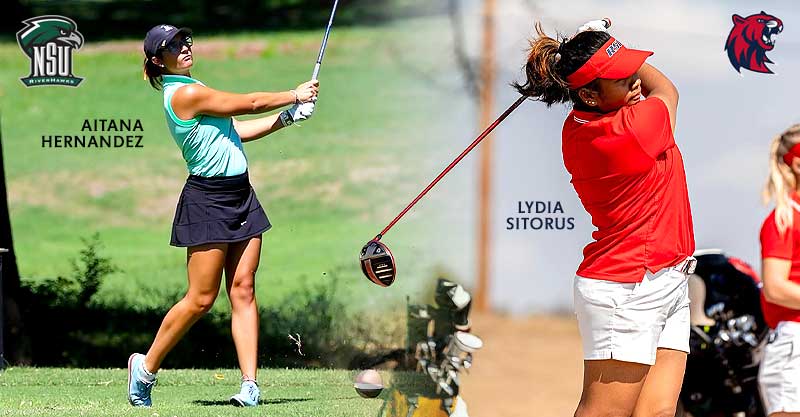 Fort Smith won the tournament by ten strokes in its season debut, shooting a 591 (299-292).  Northeastern State shot 304 in the second round and was 11-strokes over par on the back nine. Rogers State placed third after a final-rouond 298 pulled the team within seven shots of NSU.

“What a comeback,” said head coach Whitney Hocutt. “I am so proud of this team and their fight. Cherokee Hills can be a very difficult and unforgiving course. Each of our ladies fought each and every hole for 36 holes. In round one, we made some fundamental mistakes that cost us strokes, and today they came out and cleaned those up. They proved what we can do this season. I cannot wait for more from this team! Thank you to Northeastern State and Cherokee Hills Golf Club for hosting this event. Also, thank you to the students, parents, friends, and many others who came out to make this feel like a home event for us! It meant the world to our players. It is always a great day to be a Hillcat and we are proud to represent.”