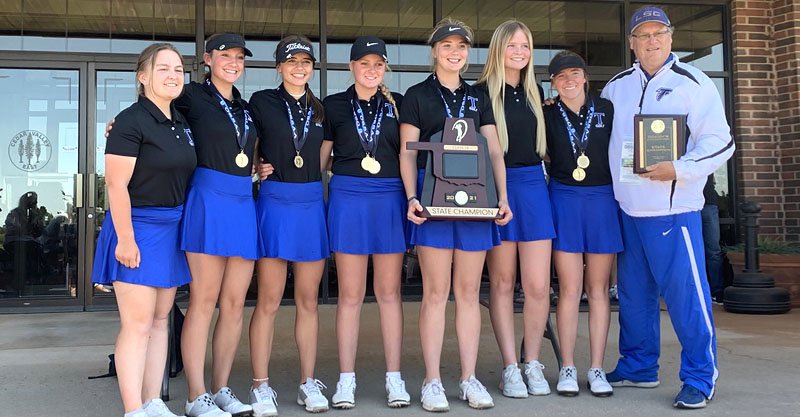 Led by the freshman Hartman, Turner won the team championship with a score of 654, seven shots clear of Christian Heritage, which boasted the fourth and fifth-place finishers in Layne Miller (70-73) and Sarah Sherrard (72-76). Third place was claimed by Raychel Nelke of Pocolo (71-70). Turner started three freshmen and two sophomores.

Roller, who has committed to play at the University of Tulsa under coach Annie Young, put on a ball-striking clinic at Cimmaron National.

The amazing part about Roller’s runaway victory is that she didn’t even have her best stuff on the greens. Her distance control and calm demeanor on the back nine of the final round would have made any coach proud.

Roller comes from an Oklahoma golf family. Her father Bill was a highly successful golf coach of Jenks High School, and now coaches his daughter at Regent Prep. Mother Maggie played for a national championship team at Tulsa and now is the director of instruction at Cedar Ridge Country Club. Jenni’s brother, JP, is a freshman at Texas Tech and had a successful junior career in the state.

Jenni’s seven shot victory in this year’s 2A State Championship will give her some bragging rights around the Roller household. She plans to play a full summer schedule on the AJGA, OJGT, and bigger national events as well.

“I chose TU because my mom played there and it is just cool to get to play somewhere where she played, and I consider Annie Young to be the best coach ever.,” Jenni said. “I love Tulsa and the golf courses there are great and the education is a big bonus.”

Nelke , who has committed to play at the University of Oklahoma, was a pre-tournament favorite along with Roller. While somewhat disappointed with her performance in the state championship, Nelke still put on an impressive performance and said she is looking forward to her summer schedule and eventually playing for the Sooners.

For Turner, which returns all five players next year, Hartman’s final-round matched the second lowest of the event. She was supported by teammates Josey Cavitt (75-76), Isabella Dobson (90-91), Hope Hill (91-92) and Braylee Foster (96-91). 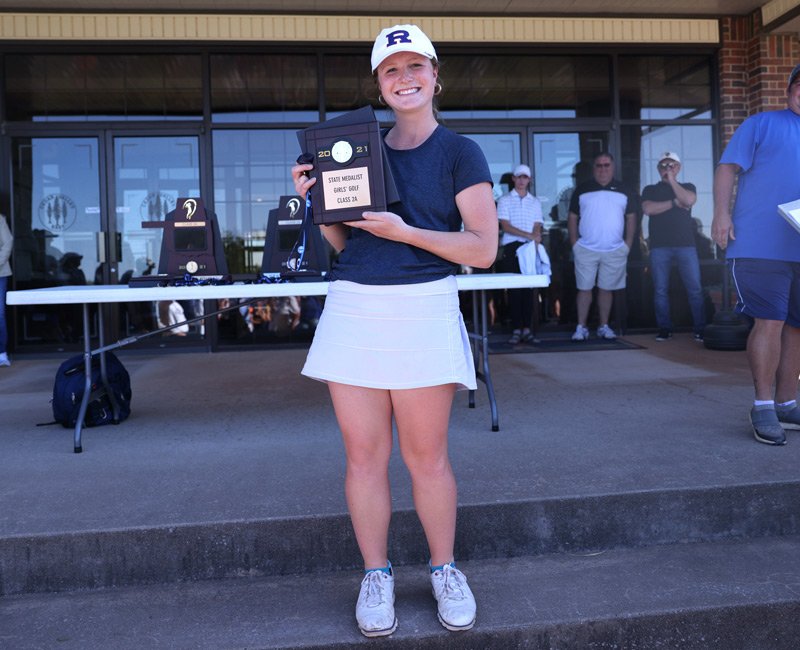 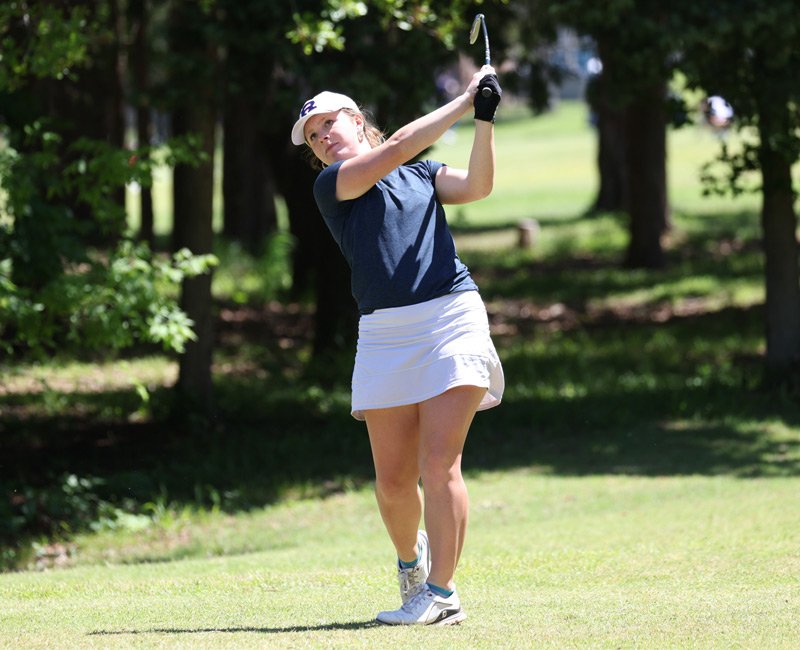 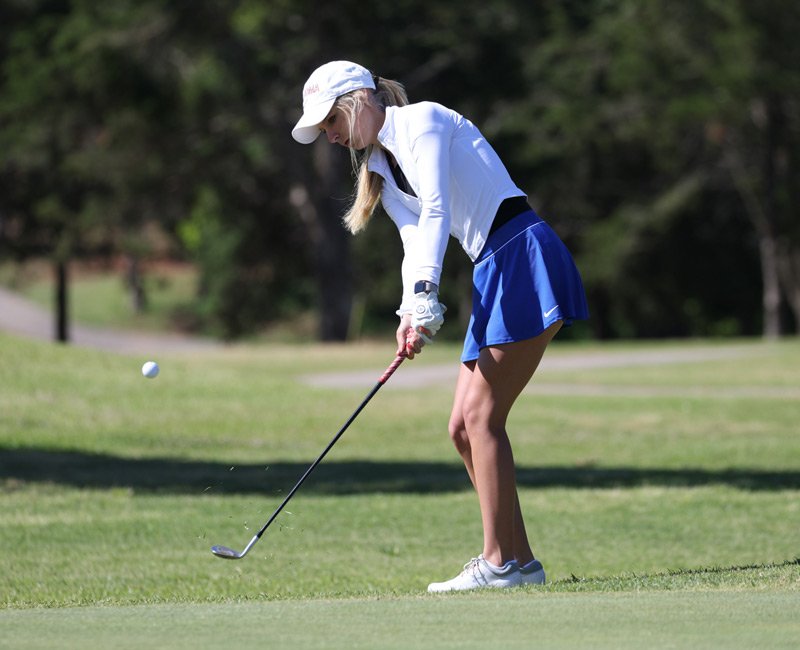 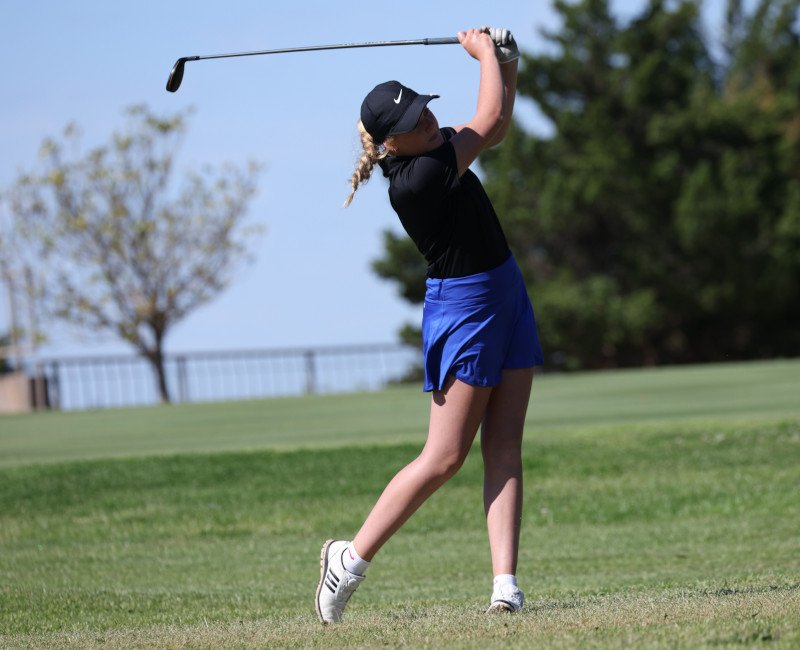 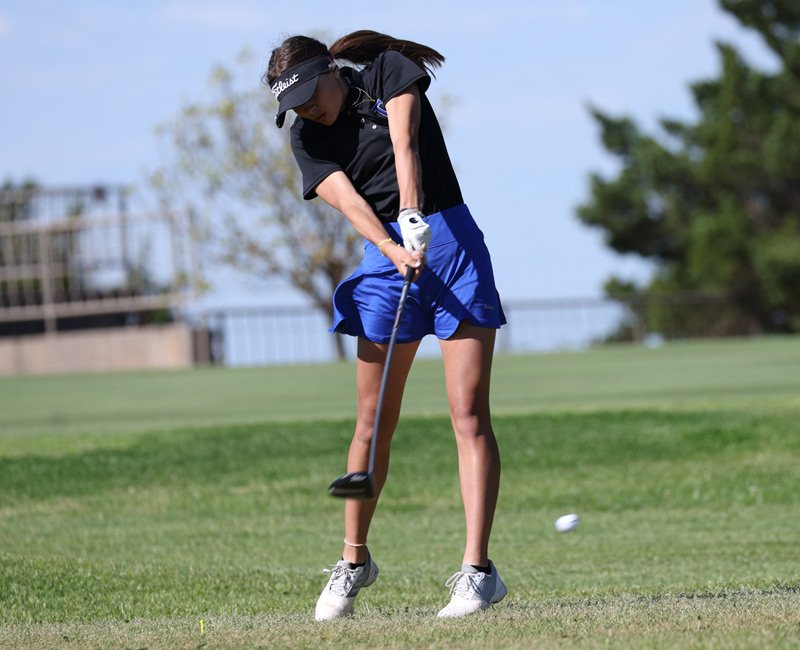 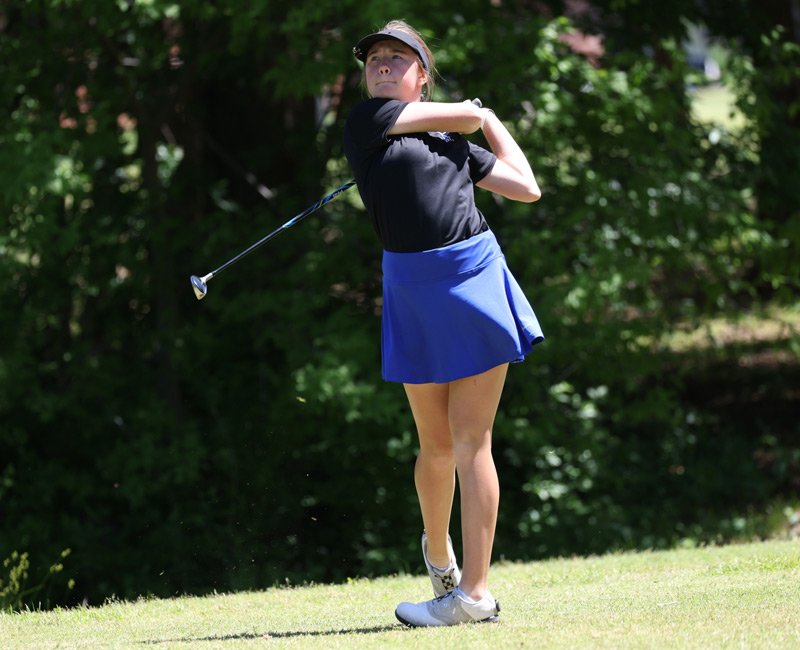