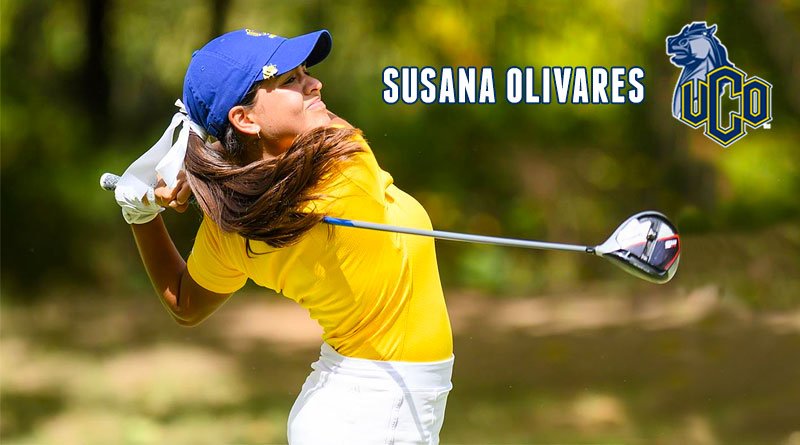 It was the fifth top-four finish in six tournaments for the Bronchos, who were making their spring debut.

Shelley was third in the medalist standings with a four-over-par 144 total after closing with a 72, while Olivares had a final-round 71 in finishing fourth at 145.

The No. 22-ranked Bronchos also got a 79 from Madison O’Dell, while Faith Stewart and Kinsley Hall both shot 81. UCO played without senior standout Sydney Roberts, who is out with the flu.

“Emma and Susana both played extremely well today on a tough golf course,” said head coach Michael Bond. “It was a solid start to the spring for us and something we can definitely build on.”

The Bronchos return to action March 9-10 at the Diffee Ford Lincoln Classic at KickingBird Golf Club in Edmond that will be hosted by Southern Nazarene.

DADE CITY, Fla. (Feb. 25) – Central Oklahoma stayed put on a tough day for scoring in the final round of the Saint Leo Invitational Tuesday, finishing sixth in the two-day, 54-hole tournament.

Yannic Oppenheimer led UCO on the final day with a 75, a stroke ahead of Jacob Lackey. The Bronchos also got a 77 from Kylian Cavdar, while Joe Lemieux and Blake Murray both shot 82.

“It was tough out there today,” head coach Josh Fosdick said. “The winds were gusting around 25-30, which is a lot for Florida. The Bermuda greens finally took their toll on our guys. We just missed too many putts to move up the leaderboard.”

The individual scoring average for the final round was three strokes higher than Monday.

Oppenheimer had four bogeys and a birdie in shooting a front nine 39 before rebounding for an even-par 36 on the back. He bogeyed the par-3 12th, but got that stroke back with a birdie on the par-3 14th and added seven pars in finishing off his third straight 75.

Lackey had an up-and-down round that featured an eagle, three double bogeys, four birdies, four bogeys and six pars. He was even-par after a birdie on the par-3 11th, but went four-over on the final seven holes for the 76 that tied him for 16th individually with a 219 total.