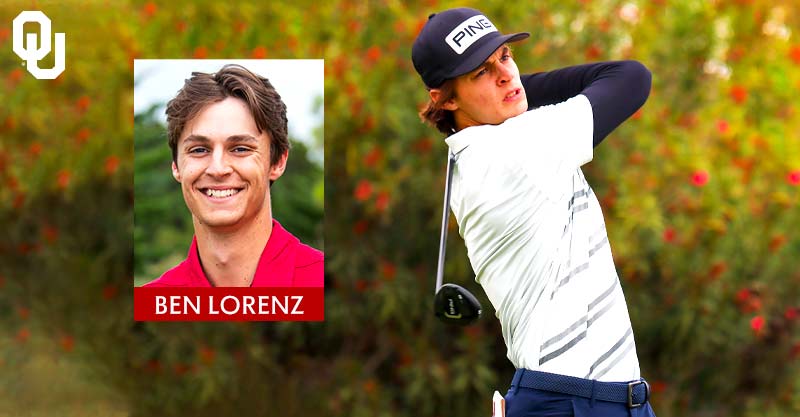 “I’m really comfortable – I have friends and family out which is always a great feeling,” said Summerhays, an Arizona State University sophomore from Scottsdale, Ariz., about playing golf at The Wigwam. “I’ve grown up playing the courses here and I’m a little familiar with them. I just think it’s a fun tournament, which never hurts.”

“I got off to a good start – I was hitting them in pretty close and I wasn’t really having to make many putts outside of five feet,” said Lorenz, a junior at the University of Oklahoma from Peoria, Ariz. “I kind of just hit it well all day. Not much stress out there – it was a good start to the week.”

“It was a good time all the way through,” said Nyfjäll, a graduate student at Northwestern University from Uppsala, Sweden. “My putting was pretty good today. I made some really good mid-range putts in that 15-foot range. It was good to get the round going, and then make some par saves as well, which is important.”

Eight miles northwest of The Wigwam, Andi Xu recorded five birdies on a clean card to take the first-round lead at the inaugural Thunderbolt, played at Sterling Grove Golf + Country Club in Surprise, Ariz. Xu leads a stacked leaderboard at The Thunderbolt, with six players one shot back at -4, another five players two shots back at -3 and still another five players three shots back at -2. James Roller of Tulsa and Texas Tech shot 1-under 71 and is tied for 18th. View the entire Thunderbolt leaderboard here.

On the women’s side, Olivia Schmidt of Edmond and Arkansas State is tied for seventh with a 68, Lilly Thomas of the University of Tulsa shot 75 and is tied for 48th and Faith Belmear of Owasso and Missouri State shot 82 and is 58th.

“It went pretty good – I just played solid, kept my patience and made a few birdies here and there,” said Xu, a junior at the University of San Diego from Rancho Santa Fe, Calif.

Summerhays’ round started quietly with a bogey cancelling out a birdie through eight holes, before she caught fire. With her father, noted swing coach Boyd Summerhays, caddying for her, she played holes nine through 12 in five under par, adding birdies on 15 and 18 to get to -7 for the round. She said the four-hole stretch was big for her confidence.

“I hit a wood to probably eight feet on nine, and holed out on 10 for eagle and just kind of birdied from there,” said Summerhays, who at 16 years old won the 2020 Utah Amateur State Champion to become the youngest to accomplish the feat in the 114-year history of the event. “Anytime you shoot -5 on four holes it’s pretty good, but I would just say it kind of got me going and then I just stayed aggressive the rest of the round.”

Briana Chacon of the University of Oregon sits alone in second place after carding a -5 (65) featuring an eagle on the 18th hole and four more birdies. Vanderbilt University’s Tillie Claggett is alone in third a shot back at -4, and three players are tied for fourth at -3.

The Patriot All-America honors fallen or severely wounded soldiers in partnership with the Folds of Honor Foundation. The golfers receive a golf bag donated by PING Corporation at the event’s opening ceremony emblazoned with the name and branch of service of a fallen or injured military member whom they shall represent.  Participants also receive a card with the soldier’s story so they can be familiar with that soldier, giving many of the top players a unique perspective not only on golf, but on life.

“I think it’s really special,” said Summerhays. “I think in golf a lot of the time you just want to play for yourself. But I think this is my first time playing for something a little but bigger than myself. Just being out there and – when things are going rough or good, it’s always nice to just think of it from a different perspective.”

At the conclusion of the tournament, the golf bags are shipped to players’ schools and auctioned with all proceeds benefitting the Folds of Honor Foundation.

Named after the Air Force P-47 Thunderbolt, The Thunderbolt has been added to the tournament week schedule to accommodate players who met the initial eligibility but did not make it into The Patriot. The Thunderbolt consists of players who are ranked in the top 1000 in the World Amateur Golf Rankings (WAGR), are PING Second, Third and Honorable Mention All-Americans from Divisions II, III, NAIA, and NJCAA, or are AJGA Second Team and Honorable Mention All-Americans.