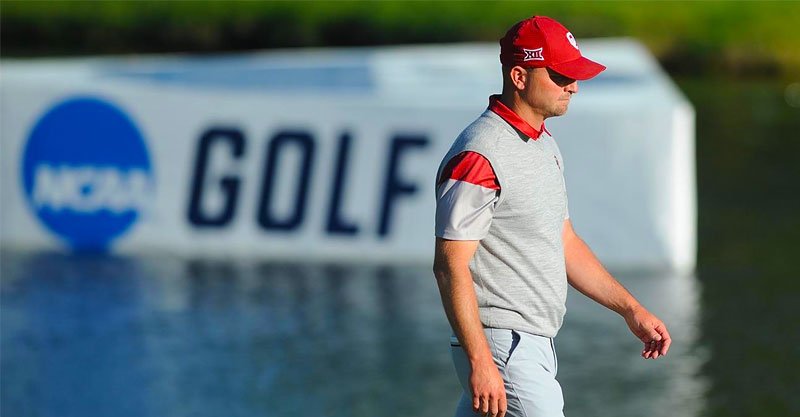 “We’re excited about our upcoming fall schedule,” Hybl said. “2020 has thrown curveballs at everyone and we are thankful for the opportunity to get back to competitive golf. We work hard on getting our team into the best competitions every year, and thankfully, with the help of many we are able to produce a fall schedule that meets that goal again.”

The first stop for Hybl’s team is Colonial Country Club in Dallas, Texas, on Sept. 28-29, where they’ll compete at the Big 12 Preview. The tournament at Colonial will set the seeds for the third annual Big 12 Match Play Tournament, taking place Oct. 2-4 at The Golf Club at Houston Oaks in Hockley, Texas. The Sooners won both matches at last year’s championship, defeating Baylor and Iowa State.

The Big 12 is the first conference to create its own match play tournament in the regular season, taking advantage of the format that is used to determine the NCAA Men’s Golf Championship.

Oklahoma will continue play at the Maridoe Invitational in Carrollton, Texas, on Oct. 18-20. A week later, the Sooners wrap up their fall schedule at the East Lake Cup in Atlanta, Ga., on Oct. 26-28. This year’s East Lake Cup field features four of the top teams from the 2019-20 NCAA Division I season, showcasing Oklahoma, Pepperdine, Texas and Texas Tech. Golf Channel will air live coverage all three days of the competition.

In addition to the five seniors, OU returns a wealth of young talent, including Patrick Welch who qualified for match play at the U.S. Amateur in August and is ranked No. 83 by Golfstat.

OU finished the 2019-20 campaign ranked No. 2 in the nation by multiple publications, and is the only team in the country with three players ranked inside the top 15 nationally entering the 2020-21 season. The Sooners are the lone program in the country to appear in the last four NCAA match play championships.

Oklahoma’s spring schedule will be finalized and announced at a later date.