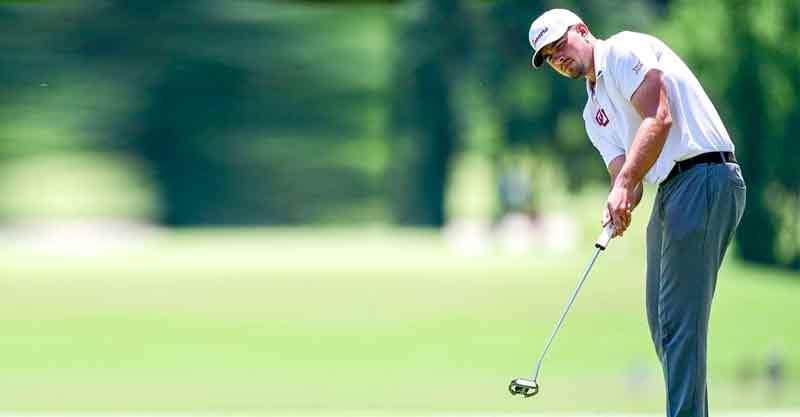 HOCKLEY, Texas — Oklahoma and Oklahoma State’s men’s golf teams are in Hockley, Texas, this weekend for the Big 12 Match Play Championship. The three-day event will be held at the par-71, 7,007-yard Club at Houston Oaks.

The championship is the concluding event of the Big 12’s fall golf series that opened at Colonial Country Club on Sept. 28-29.

This is the third year that the Big 12 Conference has hosted a match play championship, employing the same format that is used to determine the NCAA Men’s Golf Championship. The event will be played over three days consisting of pool play for five sessions (Friday through Sunday morning) followed by a championship round set for Sunday afternoon. Each round will be played in match play format.

The No. 2-ranked Sooners earned the championship’s top seed after winning the Big 12 Preview at Colonial earlier in the week. Oklahoma held off No. 4-ranked Texas to win the event by six strokes, and Logan McAllister took home medalist honors for head coach Ryan Hybl’s team.

“We’re going to try and capitalize on good momentum from our time at Colonial down here in Houston,” Hybl said. “It’s a completely different format with match play, but if you play good golf, you still end up winning matches. That’s our focus this week, to just play great golf and not worry so much about our opponents.”

During the pool play portion, each team will play four matches. Teams will get three points for a win and one point for a draw. At the conclusion of pool play, each team will be ranked 1-5 within their pool based on the amount of points accrued.

The Sooners open on Friday morning with an opening match vs. No. 8 seed West Virginia and then take on No. 9 seed Iowa State in the afternoon. On Saturday, Oklahoma squares up with the No. 5 seed, Baylor in the morning session, followed by a Sunday morning match vs. No. 4 TCU.

Each team will have six players participate in each match. The Sooners will send All-Americans Quade Cummins and Johnathan Brightwell, as well as Colonial medalist Logan McAllister to Houston Oaks. Oklahoma rounds out its lineup with Patrick Welch, Tucker Allen and Thomas Johnson.

The Cowboys, who finished eighth this week in their season opener at the Colonial Collegiate Invitational, will be the No. 7 seed for the event.

OSU will compete in Pool B with Texas, Texas Tech and Kansas. The Cowboys will play two matches on Friday, one on Saturday and two more on Sunday.

Live scoring will be available at golfstat.com.

The 7,007-yard, par-71 Club at Houston Oaks will serve as the course for the Big 12 Match Play Championship.