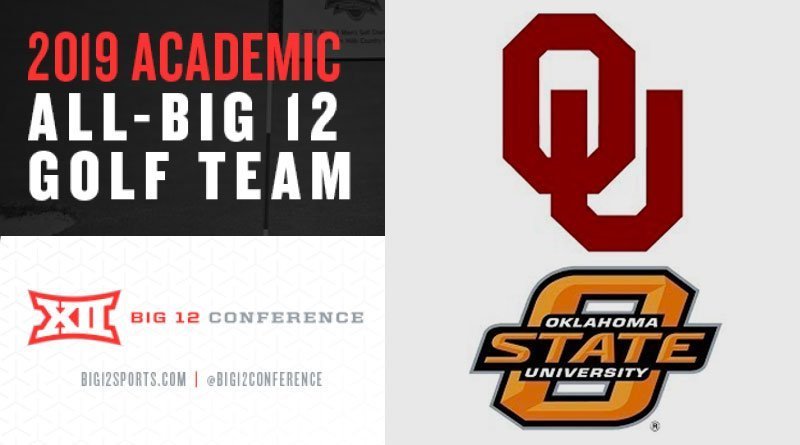 The Oklahoma and Oklahoma State golf teams were well represented on the 2019 Academic All-Big 12 Golf Teams announced this week.

Four members of the Oklahoma men’s golf team were among 46 student-athletes selected to the 2019 Academic All-Big 12 Team, the league office announced Thursday.

The first-team award is the third in a row for Hale, while Dalke earned first-team honors for the second straight season.

This is the first career Academic All-Big 12 awards for Astrup (So., Psychology) and Whitaker (So., Business Management/Business Finance), who both became eligible for the honor this year.

To qualify for the Academic All-Big 12 Team, student-athletes must maintain a 3.00 GPA or higher, either cumulatively or over each of the two previous semesters, and must have participated in 60 percent of their team’s scheduled contests. Freshmen and transfers are not eligible in their first year of academic residence. Senior student-athletes who have participated for a minimum of two years and meet all the criteria except percent of participation are also eligible.