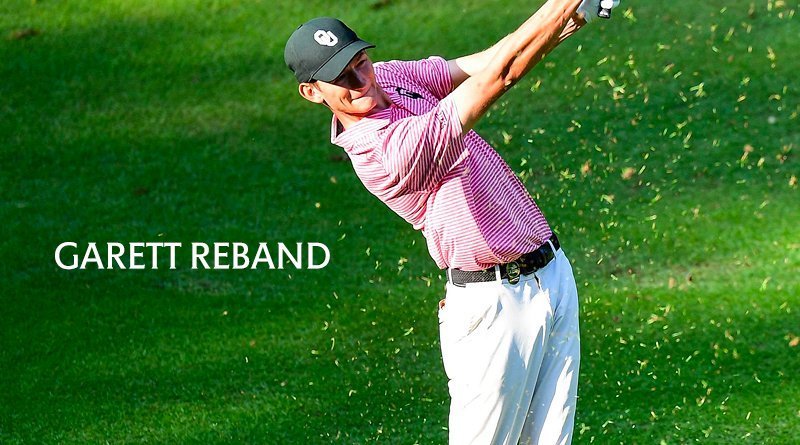 Oklahoma’s hopes of a Bedlam matchup with Oklahoma State in the NCAA Championship came to a disappointing end Tuesday when junior Garett Reband lost 1 up on the final hole to Parker Coody, giving Texas a 3-2 victory and a berth in the semifinals against No. 1 Oklahoma State.

The Sooners got victories from Brad Dalke, 3 and 1 over Spencer Soosman, and Quade Cummins, 2 and 1 over Pierceson Coody. But Patrick Welch was run over by Texas freshman sensation Cole Hammer 7 and 5 and Steven Chervony made putts from everywhere in knocking off Blaine Hale 4 and 3.

So it came down to Reband’s match, and he had a 1 up lead after chipping in from in front of the green on the fourth hole (their 13th). He kept the advantage through the par-5 fifth hole, but then made a huge mistake on the short, downhill par-4 sixth hole, hitting an iron into deep weeds right of the green, having to take an unplayable lie and losing the hole with a bogey. He also missed about an 8-foot putt for par on the par-4 seventh after Coody had made bogey.

Coody took the lead with a 10-foot birdie on the par-3 eighth hole, then Reband left his second shot short on the par-4 ninth trying to go for a tight pin and make birdie. The ball rolled down the hill in front of the green and he could not get up and down for par.

The loss capped a fourth consecutive appearance in match play as one of the final eight teams standing, but as coach Ryan Hyble said, the Sooners have lost in the first round three of those four years, with the exception being the 2017 NCAA title.

“Outside of the two guys that won, our other guys just didn’t play very good golf today,” Hybl said. “But we’re not playing chumps. Texas is a great team with really good players.”

The Sooners will say farewell to two of the “Burly Boys” in Dalke and Hale. OU won three tournaments and finished in the top three in 10 of 12 events, building on its legacy as one of the nation’s elite programs.

“Those two have left a big-time mark here and I’m so proud of them and thankful for everything they’ve done for the program.”