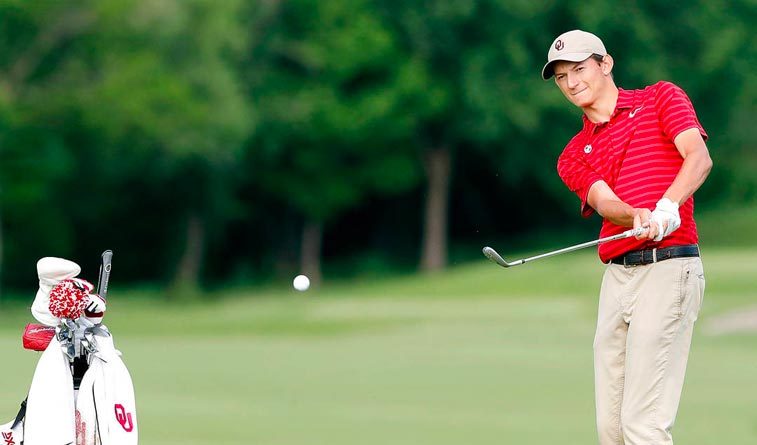 The No. 2 Oklahoma men’s golf team opened the Nike Collegiate Invitational by posting a 289 (+9) in the first round on Sunday. The three-day, 54-hole tournament is taking place at the par-70, 7,204-yard Colonial Country Club in Fort Worth, Texas.

Eight of the 15 teams competing at this week’s Nike Collegiate Invitational.

OU was led by junior Garett Reband with an even-par 70. The Fort Worth, Texas, native picked up two birdies during his round on Sunday.

Senior Blaine Hale holds a share of 27th place with a 72 (+2) during the first round. Hale closed his day on a strong note with three birdies over his final five holes to move up the individual leaderboard.

Junior Riley Casey posted a 77 (+7) on Sunday and is tied for 61st heading into the second round.

OU begins its second round Monday at 8:30 a.m. CT from hole No. 10. The Sooners are paired with Georgia and host TCU.

Live scoring is available on GolfStat.com<http://results.golfstat.com/public/leaderboards/gsnav.cfm?pg=team&tid=17177.