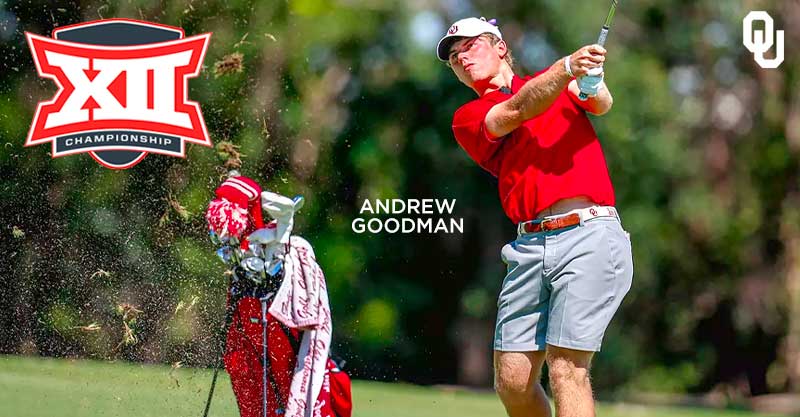 HOUSTON, Texas – Oklahoma swept its in-state rival Oklahoma State 6-0 to advance to the championship match at the Big 12 Match Play Tournament, but the Sooners were downed 3-2-1 by No. 1 Texas Tech in the final.

The Sooners were the most dominant team of the week, positing a tournament-best 4-1 record and a hole differential of +76, nearly 50 holes better than any other team. Still, Oklahoma fell on the tournament’s final hole to the Red Raiders.

The event consisted of three days of play at the par-71, 7,007-yard Golf Club at Houston Oaks, guaranteeing each team five matches throughout the week. Monday, Tuesday and Wednesday morning featured five sessions of pool play to determine the teams for Wednesday afternoon’s championship match, which was determined based on points earned. Each team match will be comprised of six individual matches. The Sooners posted a field-high 12 points in pool play to win Pool B, while Texas Tech’s eight points were good enough to advance from Pool A.

The Sooners took the early lead over Oklahoma State in the early session when Jake Holbrook posted a 5 and 3 win over Dillon Stewart. A few minutes later, Drew Goodman secured a 5 and 4 win, followed by a 1-up win from Patrick Welch. After that, Jaxon Dowell stayed perfect with a 3 and 2 victory over John Wild to officially clinch the match. Then, Stephen Campbell Jr. won 2-up over All-American Bo Jin, and Jase Summy finished the  sweep with a 1-up win over Jonas Baumgartner. Oklahoma improved to 3-0 in its last three matches vs. the Cowboys, knocking off the Bedlam foe 5-1 at last year’s Big 12 Match Play Tournament and 3-2 in the 2021 East Lake Cup final.

The final match showcased two of college golf’s best as No. 1 Texas Tech traded blows with the 11th ranked Sooners. The Sooners jumped out to the early lead, holding small advantages in three matches thru two holes. But the Red Raiders climbed back into the match around the turn, with each squad leading two contests at the turn. Dowell put OU on the board first with a 3 and 2 win over Tyran Sanders, but Texas Tech evened it up when Welch fell to Jack Wall. Holbrook then pushed the Sooners back in front with a 2-up victory, but the Red Raiders immediately tied the match 2-2 when the No. 1-ranked golfer in the country, Ludvig Aberg, came from behind to knock off Sooner freshman Jase Summy, 1-up. Needing to turn one of the remaining two matches to force the title to a tiebreaker, the Sooners played their final holes aggressively but couldn’t turn the tide. Campbell Jr. halved his match with Callum Scott, but Goodman was downed by Baard Skogen, 1-up, to give the Red Raiders the title.

Overall, it was a strong week for head coach Ryan Hybl’s team as five of the six Sooners posted four or more wins, led by sophomore Jaxon Dowell, who went 5-0 and remained undefeated in his match play career with a 10-0-1 record. Every Sooner except one tallied a double-digit hole differential, while no other school had more than three. The Crimson and Cream contingent registered a combined record of 24-4-2 across the five six-person matches. Oklahoma’s freshman and sophomore contingent posted a 16-2-1 record at the tournament, giving Sooner fans a glimpse at what lies ahead.

Jase Summy was second in the field with 27 birdies, followed by Dowell’s 24 and Goodman’s 20. Campbell Jr. posted 58 pars, good for the fourth most in the conference.