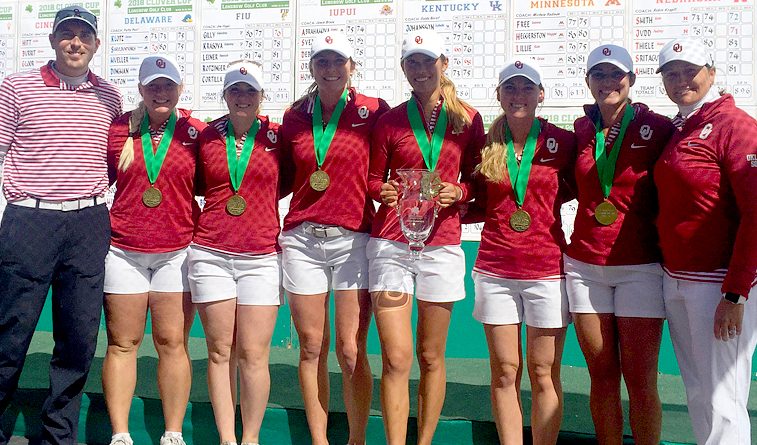 NORMAN – It came down to the final shot of the day, but No. 16 Oklahoma women’s golf found a way to fight back and claim the Clover Cup title on Sunday in Mesa, Ariz. Junior Julienne Soo chipped in the tournament-winning shot from 25 yards out on hole No. 18 to eagle the 492-yard, par-5 hole and give the Sooners their second tournament title of the spring. The eagle also vaulted Soo to the top of the individual standings for her first medalist honor of the season.

“At one point today, we were quite a few shots behind,” said OU head coach Veronique Drouin-Luttrell. “The way this team fought on the back nine to come back and win is a huge step towards our goals. Our never-give-up attitude pushed us over the top to get the win. We are excited to keep the momentum rolling in South Carolina next week.”

The Sooners have finished in first or second place in four straight tournaments and have won multiple tournament titles in the same season for the first time since 2013-14.

“It’s always an honor to come back here,” said Soo. “The girls and I are excited to play in this event. I’m really proud of the way I played as well as the way the girls kept fighting throughout the week.”

Senior Hannah Wood picked up her best finish of the spring by taking fifth place with a 217 (+1).

The Sooners close the regular season in Sunset, S.C., at the Clemson Invitational. The three-day tournament begins Friday, Mar. 23.