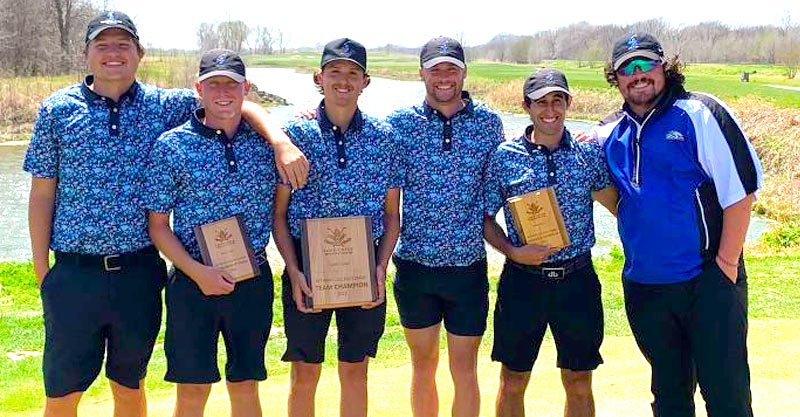 With balls rolling off of greens at Sand Creek Station Golf Course in Newton, Kan., after wind speeds reached 50 mph, the second round of the Bethany (Kan.) College Classic was canceled Tuesday.

For the Southwestern Christian A team, Julian Alanis finished second with a round of 4-under 68 Monday and Emiel Van Geet tied teammate Jon David Pitts for third with a 69.

Overall winner was Cameron Caldwell from the Southwestern Christian B Team with a 67.

The A team shot 11-under 277, five shots ahead of Iowa Western Community College. The B Team shot 3-under 285.