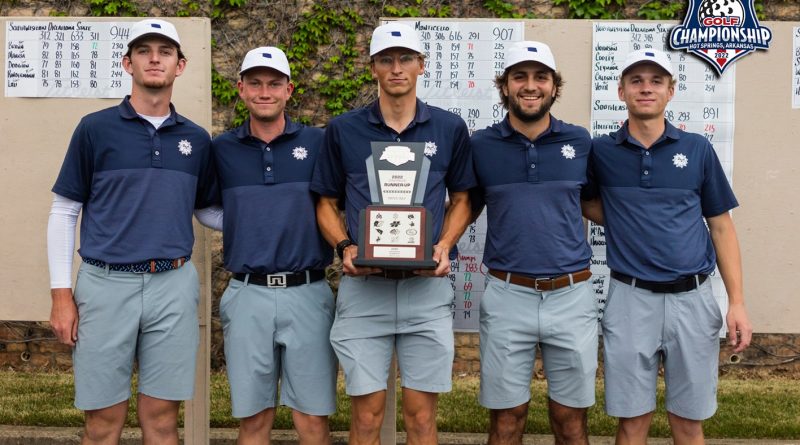 HOT SPRINGS, Ark. – Three rounds of golf were not enough to crown a men’s champion at the 2022 Great American Conference Championships, as SWOSU and Henderson State were deadlocked on the leaderboard after the completion of Tuesday’s final round. It took a dramatic playoff hole to decide the winner, with the Reddies edging out the Dawgs to win the tournament at Hot Springs Country Club.

The second-place finish at the conference tournament is SWOSU’s best finish since the 2014-15 season where they also placed second.

SWOSU entered Tuesday three strokes ahead of HSU, but the Reddies shot the lowest round of the day and tournament to close the gap and force the playoff.

The playoff hole was a par five on hole number 10. The Reddies combined to play the hole in six-under, while SWOSU played it in two-under. It was a pair of eagles from HSU that titled the score.

The Bulldogs were led this tournament by Gregor Weck who finished the event 1under par and tied for second individually. Weck’s best round came in the second when he carded a 68 – the lowest score turned in by any player in any round. He shot a 75 on Tuesday.

SWOSU Men’s Golf entered the GAC Tournament ranked No. 7 in the Central Region, with the top eight teams qualifying to compete at the NCAA Division II Central/Midwest Super Regional in Noblesville, Indiana. The NCAA will announce the full field on Friday, April 22.