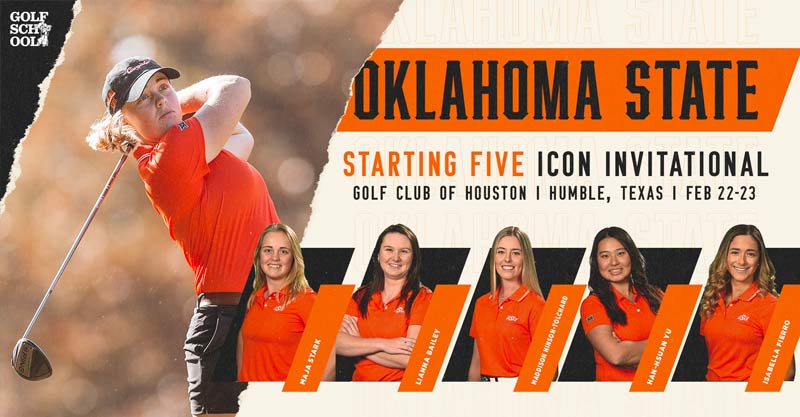 STILLWATER – After bringing home the individual and team titles last week, the Oklahoma State women’s golf team look to continue their success at the ICON Invitational in Humble, Texas.

The Cowgirls won their last tournament in record breaking fashion, recording the third lowest score in school history and the lowest by an OSU team since 2016.

Stark will be competing after winning her second individual title in just six collegiate starts and tying Fierro’s record for the lowest 54-hole score in school history. Her win is the fourth individual win under second-year head coach Greg Robertson.

Fierro, a WGCA All-American, will make her spring debut for the Cowgirls, who are currently ranked No. 6 nationally by Golfstat.com.

The tournament begins at 8 a.m. on Monday morning at Golf Club of Houston, and live scoring can be found at golfstat.com.