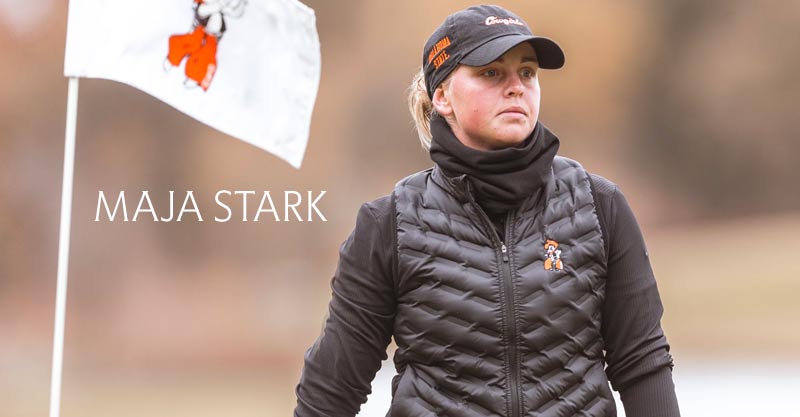 SARASOTA, Fla. – Maja Stark sits atop the leaderboard after the first 18 holes of the Heroes Ladies Intercollegiate in Sarasota Florida, putting the Oklahoma State women’s golf team in second place and only four strokes shy of the lead.

With eight birdies in the first round, Stark tied her career lowest round at 6 under 66. She is one stroke ahead of the competition after the first 18 holes.

The Cowgirls posted a 288 on the day and finished the day on par. Ole Miss leads the competition at 4-under 284.

Strong performances by Maddison Hinson-Tolchard and Lianna Bailey solidified the Cowgirls standing. Hinson Tolchard posted a 1-over 73 and shot four birdies in the first 18 holes putting her in a tie for 15th place. Bailey finished the day at 2-over 74 and in a tie for 24th place.

Han-Hsuan Yu and Hailey Jones finished the day at 3-over 75 and 4-over 76 respectively.