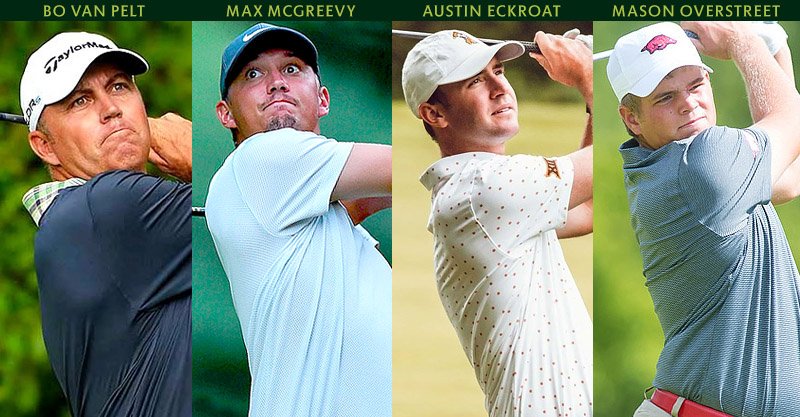 A trio of costly back-nine bogeys offset an eagle on the 12th and birdie on the 15th or Tulsan Bo Van Pelt would have capped his comeback with his second PGA Tour victory Sunday. As it was, Van Pelt’s bogey on the 18th dropped him into a second place tie at 10-under, a stroke behind playing partner Garrick Higo, who was basically the last man standing in the Palmetto Championship at Congaree.

Van Pelt followed both his eagle and the birdie with bogeys on the following holes, but still had a chance until his bogey at the last, as leader Chesson Hadley faltered down the stretch. Higo made a solid par on 18 to finish a shot ahead.

Though he didn’t get the win, it was a momentous performance for Van Pelt, who has been slowly returning to form after missing most of three seasons while battling neck and shoulder pain related to his diagnosis of thoracic outlet syndrome, for which he eventually had a rib removed to allow his nerves not to be impinged, causing constant pain.

It was a big weekend for a lot of Oklahomans. On the Korn Ferry Tour, Austin Eckroat of Edmond and Oklahoma State made a splashy debut while former Sooner Max McGreevy took another huge step toward ensuring he’ll be playing on the PGA Tour in 2022.

McGreevy shot 21-under par in the BMW Charity Pro-Am to finish in third place and move up to 13th in the points list. The top 25 automatically earn a PGA Tour card for 2022.

Eckroat, who is fully exempt for the Korn Ferry Tour based on his performance in the PGA Tour University standings, took full advantage in his first event, shooting 18-under in a dazzling debut that included rounds of 66-68-67-66.

Former Tulsan and OU player Charlie Saxon tied for 26th. Saxon is currently ranked 67th and the top 75 will compete in the KFT Finals, in which another 25 PGA Tour cards will be awarded. Edmond’s Taylor Moore, who sponsored last week’s OGA Junior Amateur Championship, is currently 20th and would also earn his PGA Tour card if he can maintain a top 25 finish.

Mason Overstreet of Kingfisher, who just completed his collegiate career at Arkansas, made his debut on the All Pro Tour by winning the Southwest Kansas Pro-Am in Garden City. Battling winds of 30 to 40 mph in the third round at Southwind Country Club, Overstreet was one of two players to stay under par, finishing at 3-under.

Overstreet collected $20,000 for the victory. Here are the complete results. The All Pro Tour moves to The Club at Indian Springs in Broken Arrow this week for the Supreme Lending Classic Wednesday through Saturday. The tournament is open to the public.