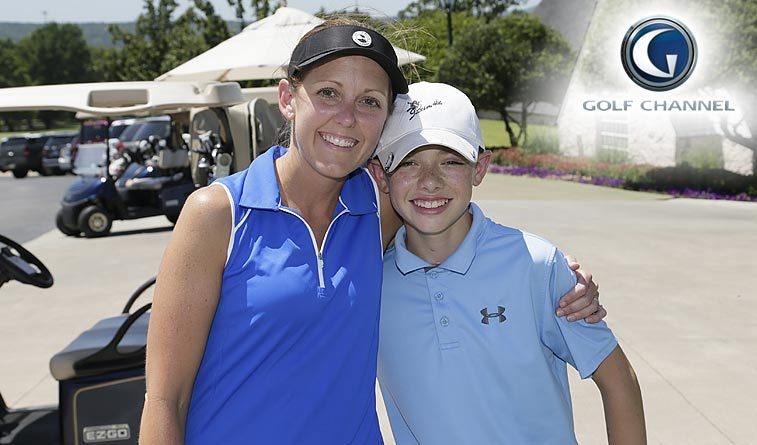 The Golf Channel is airing a piece at 6 p.m. tonight on Traden Karch, the young man from Tulsa who was severely injured in a Feb. 23, 2016 auto accident that nearly claimed his life, but instead led to a remarkable comeback fueled by his love of golf.

Karch was a guest of the PGA of America at both the 2016 PGA Championship and the 2016 Ryder Cup. His recovery has been exceptional. His teacher, Maggie Roller, the director of instruction at Cedar Ridge Country Club, is featured prominently in the story. Here is a link to a previous story on Traden in Golf Oklahoma.

Following is the official release from The Golf Channel.

Unforgettable: The Story of Traden Karch – Voiced by two-time PGA Championship winner Rory McIlroy, the feature shines a spotlight on Traden Karch, a junior golfer who suffered a tragic injury in a car accident. Despite a shattered skull that contributed to a grim outlook among his doctors, Traden survived. Up against hurdles of severe memory loss and needing to be re-taught how to do just about everything, it was golf that helped save Traden. Remembering how to putt became one of the first positive signs that would lead to a list of others. Now back in school and continuing to progress in his recovery, Traden’s hero remains McIlroy, with whom he shares a special bond.

Below is a special advance look at tonight’s story.