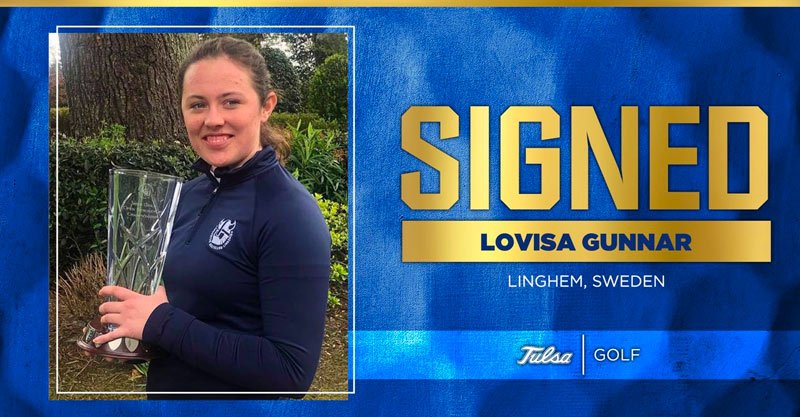 Gunnar has had success internationally in junior golf. She placed first at the Irish Girls U18 Open Stroke Play Championship in 2019 with rounds of 73-68-69 for a 3-under total score and finished in first place at the Portuguese Open with an 11-over par score after rounds of 75-76 and 77 in 2020.

“We are excited to have Lovisa join our team. What impressed me about Lovisa was her tournament success on an international level, and her competitive drive.,” said Young. “She’s a great young lady that will make a big impact on our program.”

In the summer of 2020, Gunnar also finished first at the Carin Hjalmarsson Junior Open with round of 77 and 73. Hjalmarsson played her collegiate golf at Tulsa before becoming a professional star in Europe. Gunnar also had a 9th place performance at the SM Match presented by Greatdays and placed 12th at the PGA Championship by Trelleborg Kummun.