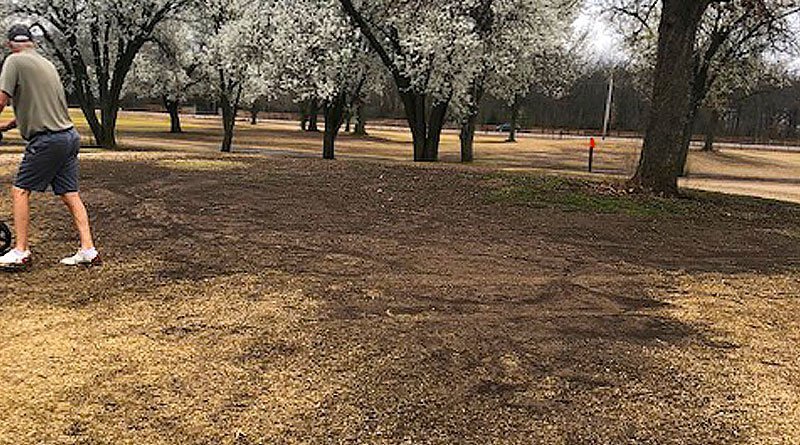 One of the reasons golf course conditions continue to deteriorate at the City of Tulsa courses at Page Belcher is that golfers complain while at the course but rarely follow up at city hall.

Calling all Tulsa public golfers. The last chance to let your voice be heard for quite a while will be at the three public meetings coming up beginning Thursday to provide public comment on the Improve Our Tulsa proposed list of capital improvement projects.

From the City of Tulsa website, All meetings will begin at 6 p.m. and Spanish translators will be available at each meeting. The dates and locations are as follows:

After the three public meetings, the City Council is scheduled to vote on an ordinance in August which will call for a vote on Nov. 12 for Improve Our Tulsa.

The projects in the Improve Our Tulsa package can be viewed here.  There is $30 million included in funding for Parks & Recreation projects but nothing for golf course improvements.

Conditions at Page Belcher have been slowly getting worse for years but course operator Tom Wolff of Billy Casper Golf has been told to make expenses match revenue with minimal or no subsidy. Since he is charged full price for city water at Page Belcher, that means not watering in blistering heat, no fertilizer used (once in eight years on fairways) and no real repairs to bunkers, cart paths, tree trimming and removal, dirt work and other badly needed areas of improvement.

The city green fees with the popular players’ cards which most golfers at Page Belcher purchase are priced well below what golfers would pay at their counterparts at Tulsa County (LaFortune Park and South Lakes) as well as area municipal courses such as Bailey Ranch in Owasso and Battle Creek in Broken Arrow. Money is constantly being left on the table that could be going to maintenance, but since the courses are in worse condition than all of their competitors Wolff is hesitant to recommend raising prices.

Since it seems under current conditions the courses will generate enough revenue to keep the subsidy to a minimum but not enough to fund any improvements, the only way to restore the courses to provide conditions competitive with their competition (and then raise prices accordingly) would be through capital improvement dollars such as those available in Improve Our Tulsa.

The city owns four courses including two at Mohawk Park in Tulsa, where the First Tee of Tulsa project is located and where free water is also available to the courses so drought is not an issue.

So what is the city’s plan? The lack of action during this opportunity would seem to indicate the decision has been made to let them go to the point they need to be closed or sold. Golf seems to have no strong advocate either in the mayor’s office, the park department or even on the park board since the retirement of Dale McNamara. No one is pushing hard to make the city do anything but play its long game of a slow death for public golf in Tulsa.

It seems that if you own the courses, you’ve already made the decision that golf is part of your mission and they should be operated responsibly. Golf can be used as a tourism attraction as well as quality of life issue for residents and attracting businesses and new residents in keeping with all the other improvements going on throughout the city. Golf doesn’t need millions of dollars per year in subsidy like the Tulsa Zoo or the city’s museums and parks, but it needs periodic and smartly planned investment like any other asset.

If you have an interest in seeing the courses at Page Belcher survive and eventually thrive, you should really consider going to one of the above meetings and letting that be known.