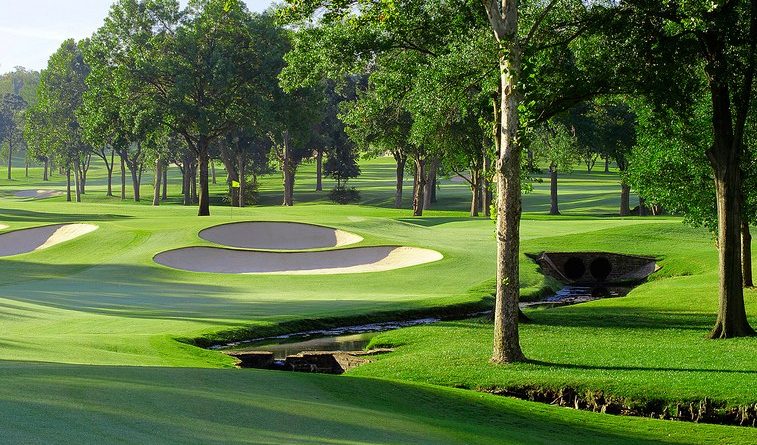 Southern Hills Country Club in Tulsa moved up from 33 to 31 in the top 100 Classic Course list and Oak Tree National in Edmond remained at No. 38 in the Best 100 Modern Course (built since 1960) list released in the current issue of Golfweek Magazine.

Pine Valley remained No. 1 and Cypress Point stayed in second on The Classics list, while Sand Hills in Mullen, Neb., stayed atop the Modern list followed by Pacific Dunes and Friar’s Head. Courses by Ben Crenshaw and Bill Coore occupied spots one and three while Tom Doak was involved in four of the top six (Pacific Dunes, Ballyneal, Old McDonald and Sebonack.

In the best courses you can play in each state listings, Oklahoma’s top five listed are Karsten Creek, Jimmie Austin OU Golf Course, Chickasaw Pointe in Kingston, WinStar Golf Course (it doesn’t specify which of the 36 holes) and Cherokee Hills at the Hard Rock Casino. You can see the complete listings at www.golfweek.com.

What would your list of top five non-private courses be in Oklahoma? I know mine would certainly include Shangri-La Resort and Forest Ridge in Broken Arrow. Let’s see what you all think. Post your responses in the Facebook Comments section below.