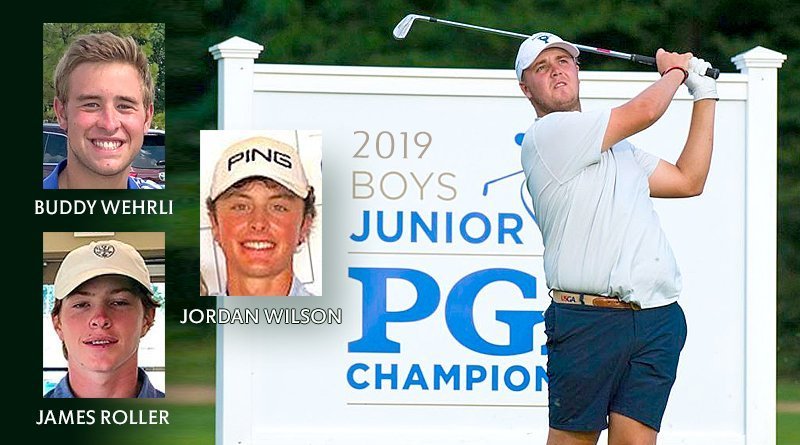 HARTFORD, Conn. (July 30, 2019) – Records are falling at the Boys Junior PGA Championship, yet again. Canon Claycomb, 17, of Bowling Green, Kentucky, and Timothy Magcalayo, 16, of The Philippines, will share a place in the Championship’s newly rewritten record book, having shot the lowest first round score ever at 62.

They broke the opening round scoring mark by two strokes, which was set by Dawson Ovard two years ago, and they were both one shot off Akshay Bhatia’s all-time championship score of 61, also set in 2017.

In addition, they now share the Keney Park Golf Course record with Megha Ganne, who shot a 62 in the Girls Junior PGA Championship three weeks ago; Adam Rinaud, PGA, from the 2018 Connecticut PGA Championship; and Clark Robinson, shot during a Connecticut Open qualifier.

Three Oklahomans are competing in the championship. Jordan Wilson, who last week won the OGA State Amateur Championship, opened with a 1-over 71. James Roller of Jenks shot 72. And Buddy Wehrli of Jenks shot 73. Each will need exceptional rounds today to make the cut, projected at 2-under 138.