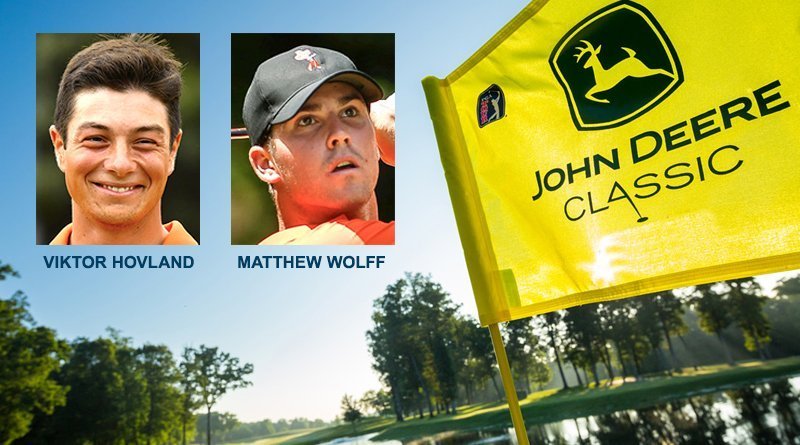 SILVIS, Illinois (June 6, 2019) – The John Deere Classic today announced that the top four amateur players in the world prior to their turning professional have received sponsor exemptions to play in this year’s tournament, July 8-14, at TPC Deere Run.

“Starting some 20 years ago, the John Deere Classic adopted a philosophy that we would provide up-and-coming young players with the opportunity to prove themselves against the best in the world and to give our loyal fans a chance to get a look at them early in their careers,” said tournament director Clair Peterson.  “With players like Zach Johnson, Jordan Spieth, Jason Day, Justin Thomas and Patrick Reed having gone on to stardom, we think it has worked out very well for both the players and our fans.”

Here are four of this year’s sponsor invitees:

“We are thrilled to have such an outstanding group of top young players competing in this year’s John Deere Classic,” Peterson said.  “It gives our fans an opportunity to see them up-close and makes it interesting for them to follow the trajectory of their careers.”