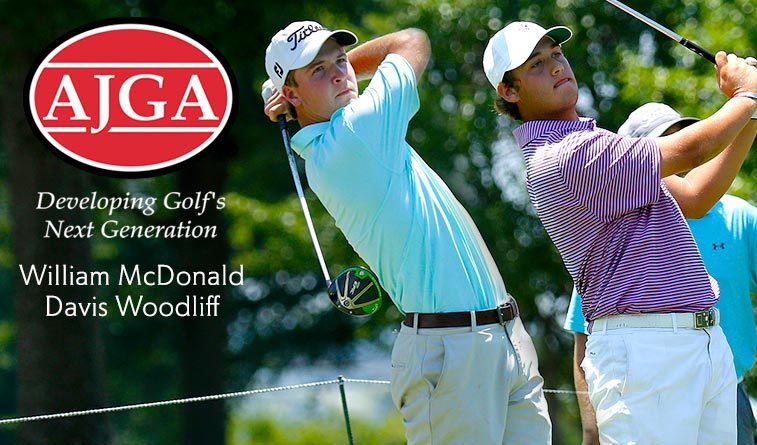 Davis Woodliff of Tulsa shot a second round 3-under 68 to tie for the lead with William McDonald of Oklahoma City 1-under 141 through 36 holes of the 54-hole Gateway Mortgage Group Tulsa Open AJGA event at The Oaks Country Club.

The final 18 holes will be played Thursday.

The players were treated to a short game clinic by Tulsa PGA professionals Tracy Phillips and Michael Boyd following the round. Boyd did the announcing while Phillips demonstrated a wide array of pitch and chip shots from different angles and lies and with different clubs, including how to hit a flop shot with a 1-iron (you had to see it).

Complete scores and more information on the AJGA site here.