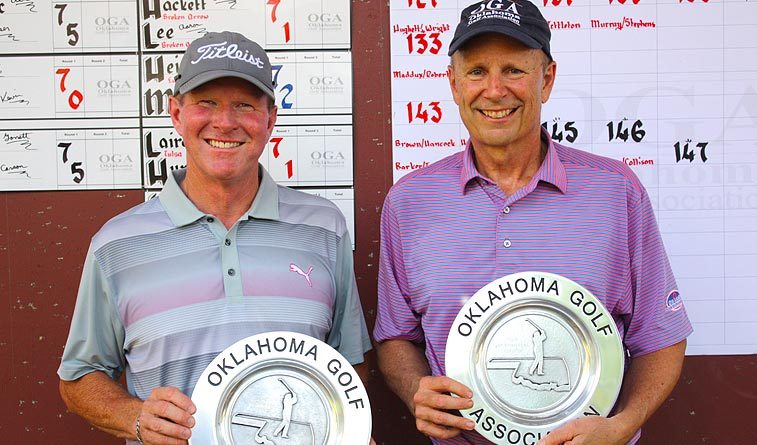 Kirk Wright and Mike Hughett, who have combined to win six of the past seven Oklahoma Golf Association Senior State Amateur Championships, are the No. 1 and No. 2 seeds for the 2018 championship at Muskogee Golf Club.

Wright, of Oklahoma City, is the top seed by virtue of his status as defending champion, while Hughett, of Owasso, led qualifying Monday with an even-par 70 to earn the second seed. Match play begins Tuesday with the round of 32 and the round of 16, followed by quarterfinals and semifinals Wednesday with the championship match Thursday morning.