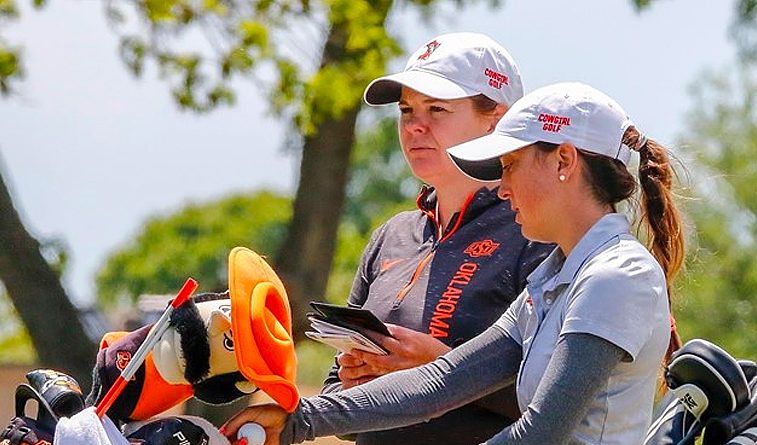 – The European Golf Rankings (EGR) has Bailey as the No. 19 amateur in Europe, and she checks in at No. 134 on the World Amateur Golf Rankings (WAGR).

– Bailey was the winner of the 2017 Royal Birkdale Ladies Scratch Trophy and was a quarterfinalist at the 2016 Spanish Ladies Amateur Championship.

– She has competed for the England Golf squad since 2015, and represented her country at numerous international competitions, including the European Ladies Team Championships, the Ladies British Amateur Stroke Play Championship and the Nations Cup Team Championship.

– Transferring to OSU from Jacksonville University after a pair of All-ASUN Conference seasons with the Dolphins.

– In 2018, Forsland led Jacksonville to a pair of tournament victories and two runner-up finishes. She was named second-team All-ASUN Conference after posting a 74.40 stroke average.

– In 2017, Forsland led Jacksonville with a 75.14 stroke average and earned ASUN Conference Freshman of the Year and first-team All-ASUN honors. She notched a pair of top-10 finishes, including an eighth place finish at the ASUN Championship.

– Recipient of the WGCA All-American Scholar Award in 2017.

– Won the 2016 Norwegian match play championship and posted two wins at the 2015 Elite Junior Tour in Norway. She also had the top amateur finish at a Nordea Tour event in Sweden in 2015.

– In the last four years, Yu has competed in over a dozen professional events all over the globe, including the Swinging Skirts LPGA Classic, the Women’s Amateur Asia-Pacific Championship and the ISPS Handa Women’s Australian Open.

– Advanced to the match-play semifinals of the Australian Women’s Amateur Championship in 2017.

– Shot 71-74-75 at the Kenda Tires TLPGA Open in Taiwan back in September, and carded a final-round 69 at the 2017 Swinging Skirts AJGA Invitational.

– Joins fellow Taipei native Chih-Min Chen on the Cowgirl roster. Chen was the 2016 Big 12 Freshman of the Year and a 2018 All-Big 12 and All-Big 12 Tournament selection.