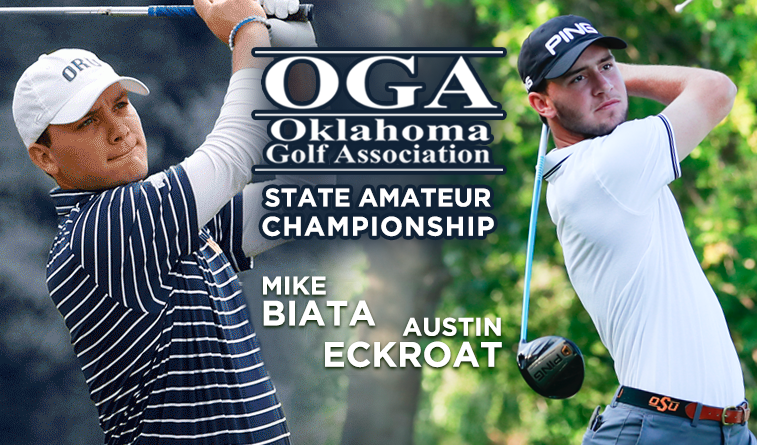 No. 1 seed Cody Burrows will face Daniel Carson of Tulsa and No. 2 seed Austin Eckroat of Edmond will square off against Mike Biata of Oral Roberts when the Oklahoma Golf Association State Amateur Championship begins July 17 at The Patriot in Owasso.

The OGA announced all first-round pairings and the bracket for the tournament. View it online here.

Biata played at Owasso High School and is very familiar with The Patriot, where his father Tony Biata works for the Folds of Honor Foundation. Biata was an All-Summit League golfer as a freshman for ORU, while Eckroat helped lead Oklahoma State to the national championship during his freshman year in Stillwater. It should be quite an opening round match.

Burrows, Biata’s fellow All-Summit League golfer at ORU, was the automatic No. 1 seed based on his runnerup performance a year ago.

Former Owasso high school teammates Jared Strathe and Austin Enzbrenner collide in the first round. Another intriguing matchup is OGA veteran Mike Hughett against John Ryan Bonaobra, who recently won the Tulsa City Championship and shared the lead in the qualifier at Bailey Ranch in Owasso.

Both the first and second round of the 64-man field will be played July 17. The round of 16 and quarterfinals will be contested July 18 with the semifinals and finals July 19.