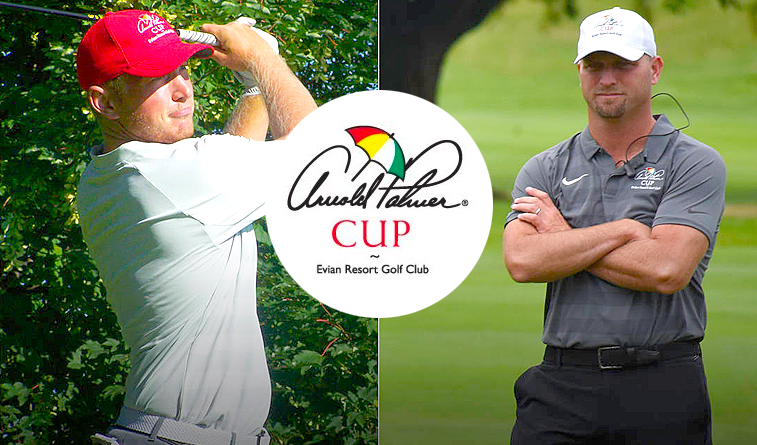 Dalke won three of his four matches at the three-day event. The rising senior won his first match on the opening day of the event in mixed fourball with Nova Southeastern’s Jamie Freedman, 3&1, over the International team’s Fredrik Nilehn (Texas Tech) and Jaravee Boonchant (Duke).

Dalke closed out the event Sunday with a 2 up victory over Hovland in singles action. The Norman native grabbed the lead for good with two holes left then closed out the match with a birdie on hole No. 18 to seal the win.

During the final round, the Americans claimed 18 of 24 points to pull away. This year’s edition of Team USA is the first side to win as the visiting team since the 2010 Americans. Neither side had retained the cup since the US in 2011. The United States now leads the all-time series 12-9-1.

In his match against Alvaro Ortiz, Bauchou lost the first two holes and trailed for the first nine holes. The rising senior took his first lead with a birdie at the par-3 second hole before losing 3 and 5 to trail again. Bauchou would go on to win the sixth and seventh to regain the lead on his way to a 1-up victory.

Wolff took on Hurly Long in the penultimate match of the event. The rising sophomore never trailed, winning the first two holes and holding a 4-up lead at the turn. Long won the 13th, but would get no closer as the duo halved the next three holes to give Wolff a 3 and 2 victory.

Hybl is the first coach to lead the U.S. team to victory after playing in the event as a collegiate athlete. OU’s head coach helped the U.S. team to a 15.5-8.5 victory over against Great Britain and Ireland during the 2002 Palmer Cup.