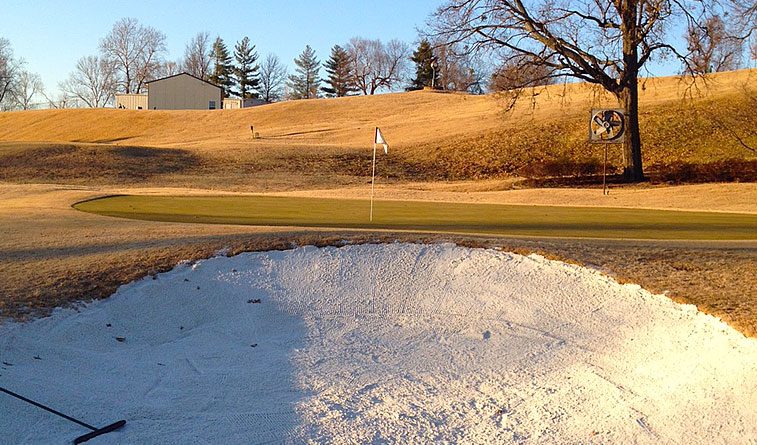 The Club at Indian Springs in Broken Arrow will eliminate 22 of its 59 bunkers as part of a complete bunker renovation on the River Course.

The renovation began last week and, going one hole at a time so the course can remain fully open, will last through March.

Head professional Steve Ramsay said each bunker is being rebuilt from the drains up and using the new Sand Trapper 2 liners. They will be filled with Arkansas White sand. The work is being done in-house by superintendent David Jones and his crew.

“It will definitely still be a traditional look with the bunker face showing,” Ramsey said. “We expect with the reduced number and the new drainage and liners, it will make it easier for our grounds crew to maintain the bunkers.”

The crew has 36 holes to maintain, as The Club at Indian Springs also has a shorter 18-hole course called The Lakes. A bunker renovation is expected to take place on The Lakes in the winter of 2018-19.