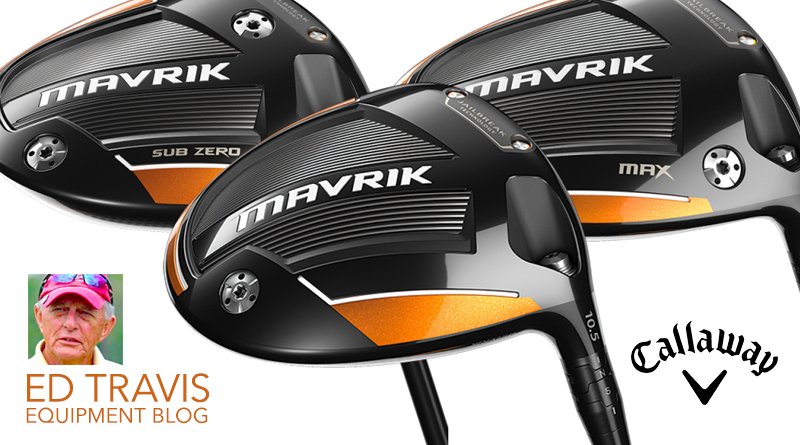 Callaway Golf’s latest line of clubs is called Mavrik and clearly builds on the success of last year’s models especially the Epic Flash drivers. The purchase of a new supercomputer doubled computational capacity and gave them the opportunity to broaden the use of artificial intelligence (A.I.) and machine learning pioneered last year. They were able to apply this sophisticated system across the entire Mavrik family—drivers, fairway woods, hybrids and irons.
Focusing on drivers, the Mavrik predecessor Epic Flash was the bestselling driver in 2019, the first using A.I. and machine learning, and the new more powerful supercomputer gave Callaway engineers an even more powerful tool.

Using the supercomputer is really a game changer and provides the ability to do tens of thousands of simulations taking into account a range of variables in a relatively short period of time. This vastly increases the number of potential solutions and is all but impossible by conventional methods.

The Mavrik driver’s Flash Face SS20 (Super Strength) architecture is the result of this process and compared to the Epic Flash has a thinner face over a larger area which required a stronger titanium alloy to withstand the impact with the ball. Callaway chose FS2S titanium which both stronger and lighter gaining a weight savings of 6 grams that they relocated to improve forgiveness and trajectory. Engineers also made use of their proven Jailbreak technology–two internal titanium rods tying the sole to the T2C Triaxial Carbon crown—that restricts flexing of the crown and directs additional energy to the face for more distance.

Artificial intelligence also came into play to tune the acoustics of the Mavrik by reconfiguring the support ribs of the internal structure. The company says this has created “an immensely satisfying sound and feel,” a big part of golfer confidence for any driver.

Three Mavrik driver models, all carrying a price of $499, will be available at retail Jan. 23 with each having a unique supercomputer-designed head shape and face architecture. Callaway also is introducing Mavrik fairway woods ($299) and hybrids ($249) offering many similar design features to compliment the driver.