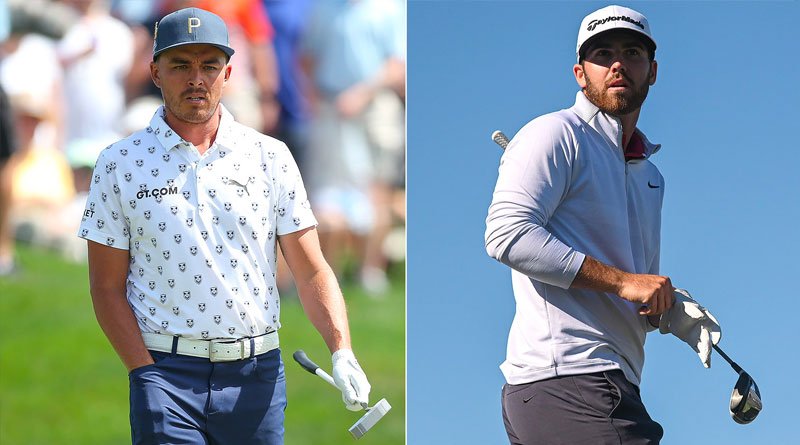 An amazing fundraiser will be taking place this weekend featuring former Oklahoma State Cowboys Rickie Fowler and Matthew Wolff. The two will be facing off against Rory McIlroy and Dustin Johnson, respectively ranked #1 and #6 in the world, in a skins game at the Seminole Golf Club in Juno Beach, Fla., all for the sake of COVID-19 relief efforts. Though its all for charity, SBD says McIlroy and Johnson will be winning the overall match, while the AP has the following details on the event:

Dustin Johnson left The Players Championship two months ago and didn’t play another round of golf until four days ago, the start of a crash course for his return to playing before a television audience.

He also owes it to his partner, Rory McIlroy, to practice.

They play against Rickie Fowler and Matthew Wolff on Sunday at Seminole Golf Club in a charity skins game, the first live golf on television since the opening round of The Players Championship on March 12. It was canceled — along with sports worldwide — because of the COVID-19 pandemic.

“I figured I probably should play a little bit of golf before we tee it up here this Sunday,” Johnson said on a conference call Thursday. “But I’ll be ready. Don’t you worry.”

McIlroy has been playing some but not really working. He expects that to start after the Sunday match, giving him three full weeks of hard practice to get ready for the PGA Tour’s return at Colonial.

But it’s more than golf that will be on display from Seminole, the Donald Ross design along the Atlantic Ocean that has hosted the game’s best over the years, just never on TV.

Along with $4 million or more for COVID-19 relief efforts, this is as much about how golf will look when it returns for real.

The players will not have caddies and will carry their own bags. The advantage there goes to Wolff, who was still at Oklahoma State this time last year and has recent experience lugging his own clubs.

“I think we have a big responsibility on ourselves to make sure that we practice all the guidelines that the PGA Tour is going to set in place,” Johnson said. “Obviously, everyone is going to be watching what we’re doing, so I think it’s very important for us to do it all correctly. We have a responsibility to ourselves and all the other players to stay safe and stay healthy.”

Andy Levinson, the tour’s senior vice president of tournament administration, said all four players have gone through a diagnostic PCR test for the virus, and there will be additional testing, temperature taking and health questionnaires for everyone at Seminole (a number likely to be around 50).

“It’s a great opportunity for us to implement similar procedures to what we’re going to be implementing when we return to competition on the PGA Tour and see how they work, albeit in a very much smaller manner,” Levinson said.

The tour was still working with Palm Beach County on getting an exemption from its requirements for golf that include a ban on touching flagsticks, using foam pool noodles in the cup and a limitation on how early players can arrive before their tee times.

“If it turns out that we’re not comfortable going down that road, then we’ll just proceed with the noodle in the hole,” rules official Stephen Cox said. “And that will give an opportunity to show that golf at the highest level can be played in a fun manner. But it is our intention to play golf just like we will do at Colonial in a few weeks’ time.”

The event is called “TaylorMade Driving Relief,” with all four players have endorsement deals with TaylorMade. The quality of the golf might not be up to standard with players coming off such a long break.

Most realize that will be secondary. This is a chance to entertain, perhaps whet the appetite for golf’s return.

“I feel like there hasn’t been very many live sports,” Wolff said. “I know UFC has been back, but it’s been really tough. This coronavirus has really affected everyone’s lives, and everyone wants to just get back to a normal, going to work or watching sports or anything like that, and to be able to bring that to them while raising money for a great cause is what I really think is important. And I’m happy to be a part of it.”

The 18-hole match is designed to raise upward of $4 million toward coronavirus relief efforts, with UnitedHealth Group pledging $3 million. Each team starts with $500,000, and rest of the money is based on who wins — Johnson and McIlroy represent the American Nurses Foundation, Fowler and Wolff play for CDC Foundation.

Farmers Insurance has pledged $1 million for a birdies-and-eagle pool to benefit health care workers, and PGA Tour Charities has an online donation during the match. It already has raised more than $400,000.