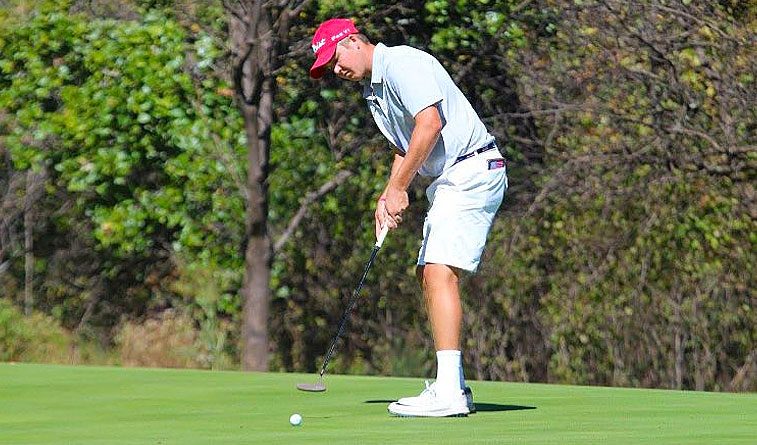 STILLWATER, Okla. – In its 12th year hosting The PING Invitational, Karsten Creek again provided drama down the stretch. After a dominant weekend performance, Canon Claycomb sunk a 15-foot eagle putt on No. 18 to set the new Boys Division tournament record at 9-under-par 207. The mark surpasses the former score of 8-under-par 208 set by Jordan Spieth in 2008. In the Girls Division, Lucy Li birdied the final hole to win by a single stroke at 8-under-par 208, the second-best mark in the history of the Girls Division.

After an opening round 3-under-par 69 that earned him a tie for first, Claycomb carded seven birdies on day two and increased his lead to seven strokes entering the final round. After bogeys on Nos. 14 and 16 that seemed to put the record out of reach, Claycomb eagled the 54th hole of the tournament to jump Spieth.

Claycomb, a sophomore from Bowling Green, Kentucky, was a 2015 Rolex Junior All-American and entered the tournament No. 12 in the Rolex AJGA Rankings. Ryan Burnett of Lafayette, California, Michael Sanders of Davidson, North Carolina, and Fred Biondi of Port St. Lucie, Florida, finished tied for second at 1-over-par 217. Joe Highsmith finished in solo fifth with a 2-over-par 218.

Li, a sophomore from Redwood Shores, California, outlasted a strong effort from Gina Kim of Chapel Hill, North Carolina, to hang on for a one-stroke victory. Kim also birdied the final hole, with both girls finishing with a final-round 5-under-par 67.

For Li, the victory was her second Invitational win of the year after winning the ANA Junior Inspiration in March. Kim finished in solo second at 7-under-par 209, a mark that would have won the tournament in 10 out of the 12 years. Amari Avery of Riverside, California, finished in solo third at 2-under-par 214. Hailey Jones of Dallas, and Brianna Navarrosa of San Diego, finished in fourth and fifth, respectively.

Top performances for Oklahomans were a tie for 19th by Logan McAllister of Oklahoma City in the boys’ division and a tie for 10th by Yugeong Son of Norman in the girls’ division.