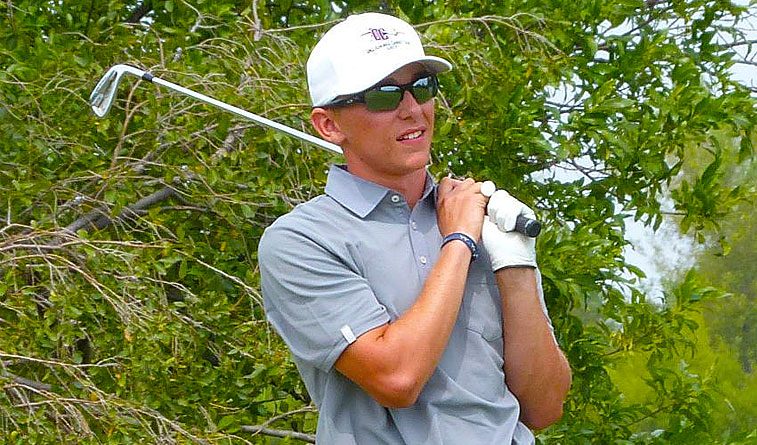 Photo: OC junior Ethan Smith has been named as the Heartland Conference golfer of the week.

OKLAHOMA CITY (Oct. 11, 2017) – Coming off a strong performance against NCAA Division I competition, Oklahoma Christian’s Ethan Smith was named Wednesday as the Heartland Conference men’s golfer of the week.

Smith, a junior from Edmond, posted a top-20 finish for the second straight tournament in the Bill Ross Intercollegiate, hosted by Missouri-Kansas City at Milburn Golf and Country Club in Overland Park, Kan. Smith shot 76-71-76—223 (+7) to tie for 19th in the 69-man field comprised primarily of Division I players. OC was the only Division II team in the tournament.

His 1-under-par 71 in the second round was Smith’s best score of the season.

Smith also finished in the top 20 (tied for 17th) last week in the Newman Fall Invitational at Crestview Country Club in Wichita, Kan. He now has four career top-20 finishes.