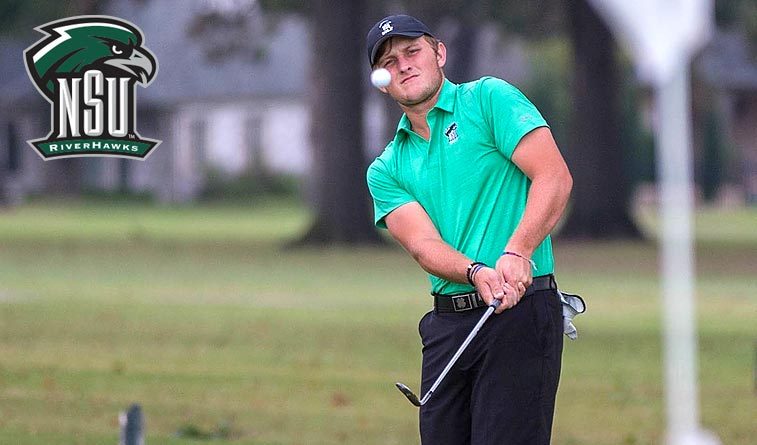 SPRINGFIELD, Mo. – The Oral Roberts women’s golf team shot 603 (300-303) in the first two rounds of the Payne Stewart Memorial on Monday, tying the Golden Eagles for fifth overall in the 15-team field. Memphis and UTEP are tied for the team lead at 579.

ORU has three golfers inside the top 20 of the individual standings, led by Sarah Bell who shot 73-76 (149) to finish the day tied for 14th.

Southeastern Oklahoma State trails Southern Arkansas by nine shots after the first two rounds of the GAC Preview at Lake Hefner North Monday. Southern Arkansas shot 25-under and SEOSU is at 16 under.
Other Oklahoma schools in the chase include Southern Nazarene in third at 15-under, Oklahoma Baptist fourth at 10 under, Rogers State fifth at 8 under, Oklahoma Christian seventh at 12 over and Northwest Oklahoma State eighth at 17 over.
Play concludes Tuesday morning. You can follow scoring here.
NSU men in 11th at The Mule Invitational

Northeastern State backpedaled to 11th place in their season debut at The Mule Invitational on Monday carding a 579 (284-295).   A strong back nine in the opening round shot the RiverHawks into the top-5 but they would not be able to keep pace with the leaders on the par-70 course.   Freshman Tyler Ashman had a stellar debut and leads NSU’s starting five with a 143 (72-71) to put him tied for 24th place.

Tahlequah native Hunter Pennington is behind Ashman by one stroke and shot NSU’s low round with a 68 in the morning session.  After redshirting for a season, Grant Hynes fielded a 146 with a pair of 73s, and is tied for 43rd overall.  Jax Johnson (Tahlequah), also making his debut for NSU shot a 147 (71-76) which landed him tied for 54th.

Garrett McDaniel rounded out the team scores for NSU with a 153 (78-75) and the senior is tied for 82nd place.

Central Missouri holds a juggernaut on their home course with teams in first and second.  The Mules’ junior varsity squad leads the field with a one-under 559 (275-284).  Lindenwood’s Yente Van Doren is the overall medalist leader with a 134 (68-66).

The RiverHawks close out the tournament on Tuesday with 18 holes.

SALINAS, Calif. – The Rogers State women’s golf team ranks third out of 10 teams after one round at the Otter Fall Invitational at the Corral De Tierra CC as three Hillcats rank in the top eight. The navy and red shot a team score of 307 in today’s opening round at the 5,965-yard, par-72 course.

Jessica Green, Jess Whitting and Mariana Flores all are currently in the top eight after the first round. Green paced RSU at 2-over-par 74 for fourth place in the field and only three shots back from first. Whitting, the Heartland Conference Freshman of the Year last season, sits in the sixth place one shot back of Green in 3-over-par 75. Flores carded a round of 4-over-par 76 to rank in eighth overall in the field.

In the fourth spot for the Hillcats is junior Sydney Murray in 25th overall after a 10-over-par 82.

Freshman Raquel Flores put together a round of 11-over-par 83 in her first collegiate round for 29th overall.

West Texas A&M shot a round of 292 to lead the tournament by 13 shots over Academy of the Art. Jelina Fernando of WTAMU and Anahi Servin of Academy of the Art are tied for first individually at 1-under-par 71.

The final round of the Otter Fall Invitational is tomorrow morning at Corral De Tierra CC.