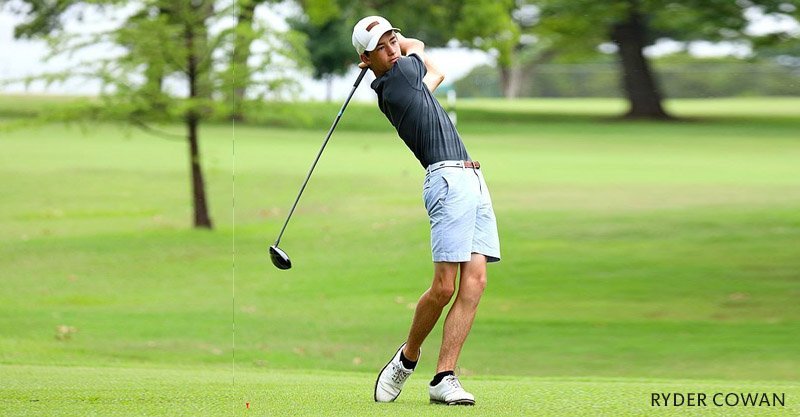 Ryder Cowan of Edmond birdied the 18th hole to take a one-shot lead over Matthew Comegys of Van Alstine, Texas, heading into the final round of the Gateway First Bank Tulsa Junior, an AJGA event at Cedar Ridge Country Club in Broken Arrow.

Cowan made five bogeys and three birdies in shooting a 2-over 73 and is at 1-over 143 heading into the final 18 holes Thursday. Comegys is at 144 after a 1-under 70, a score matched by Mesa Falleur of Muskogee, who moved into fourth place at 147, a stroke behind Andrew Ramos of Blaine, Minn.

In the girls division, Maelynn Kim of Katy, Texas achieved some separation from the field with a second-round 70. That score was matched by Smyran Shaw of Carrollton, Texas, who is three strokes back, and by Ryann Honea of San Angelo, Texas, also three behind. The top Oklahoma competitors are Raychel Nelke of Pocola and Jenni Roller of Jenks, tied at 10-over, while Olivia Coit of Edmond is 11 over after a second-round 78.