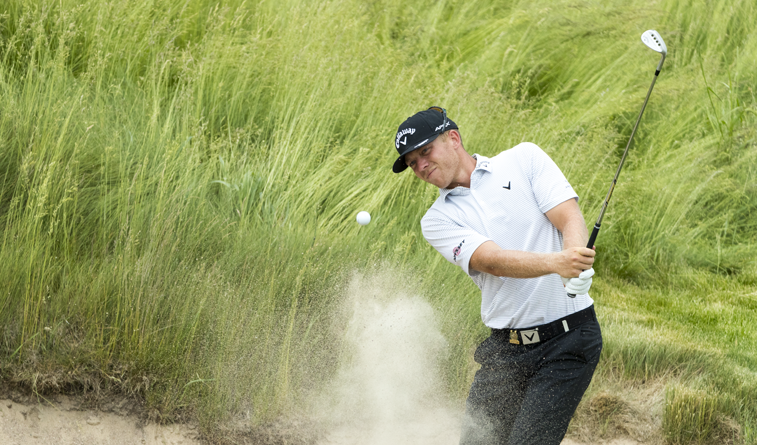 Jordan Niebrugge, Talor Gooch of Choctaw and Kevin Dougherty, each of whom battled their way into the Open through local and sectional qualifying, will tee off No. 1 at 6:45 a.m. Thursday in an all-Cowboy trio. They are three of six former Cowboys in the field. The others are Rickie Fowler, Peter Uihlein and Alex Noren.

University of Oklahoma junior Brad Dalke, who earned an exemption for his runner-up finish in the 2016 U.S. Amateur, will tee off at 1:14 p.m. Thursday on tee No. 10.

Niebrugge, a Mequon, Wisconsin native, is a past champion of the Wisconsin State Amateur, Wisconsin State Open and Wisconsin Junior Amateur championships, a distinction he shares with Mark Wilson. Niebrugge will hit the very first shot of the 2017 U.S. Open. He, Gooch and Dougherty were teammates in 2012-13 and 2013-14.

“To play in the U.S. Open in front of my family and my college friends at Erin Hills is incredible,” Niebrugge said. “I used to walk that course, thinking of the 2017 U.S. Open and now I’m going to play in it. I’ve got some good memories.”
As a senior at OSU, Niebrugge finished second in the Erin Hills Intercollegiate, a tournament hosted by Marquette University at the U.S. Open site. He turned professional in 2016 and won the U.S. Amateur Public Links Championship in 2013.
The U.S. Open is a 72-hole, stroke-play competition. A field of 156 players will play 18 holes of stroke play on June 15 and 16, after which the field will be reduced to the low 60 scores and ties. Those players making the cut will play 18 holes on June 17 and 18. If there is a tie upon the completion of 72 holes, a scheduled 18-hole playoff will be played on June 20 at 11 a.m. If this playoff results in a tie, the tied players will immediately continue to play off hole-by-hole until the winner is determined.

Erin Hills will set up at 7,741 yards and will play to a par of 36-36—72. The yardage for each round of the championship will vary due to course setup and conditions.

About the USGA
The USGA celebrates, serves and advances the game of golf. Founded in 1894, we conduct many of golf’s premier professional and amateur championships, including the U.S. Open and U.S. Women’s Open. With The R&A, we govern the sport via a global set of playing, equipment and amateur status rules. Our operating jurisdiction for these governance functions is the United States, its territories and Mexico. The USGA Handicap System is utilized in more than 40 countries and our Course Rating System covers 95 percent of the world’s golf courses, enabling all golfers to play on an equitable basis. The USGA campus in Liberty Corner, New Jersey, is home to the Association’s Research and Test Center, where science and innovation are fueling a healthy and sustainable game for the future. The campus is also home to the USGA Golf Museum, where we honor the game by curating the world’s most comprehensive archive of golf artifacts. To learn more, visit usga.org.