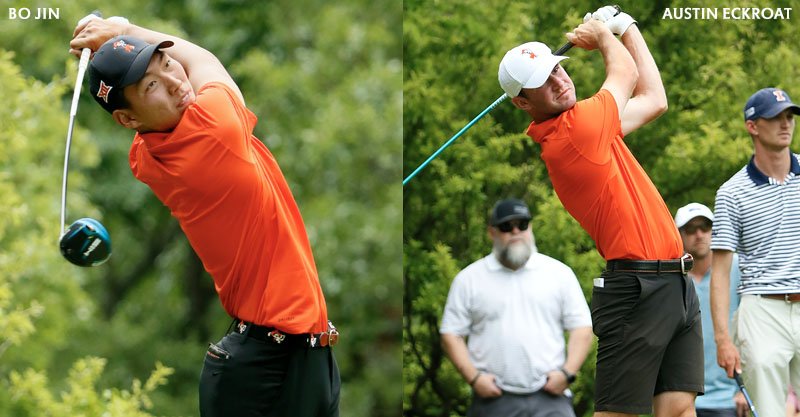 • Oklahoma State’s men’s golf team will seek its 12th national championship this week when it begins play at the NCAA Division I Men’s Golf Championship at Grayhawk Golf Club.
• The Cowboys will be the No. 3 seed for the event.
• The tournament will run May 28-June 2 and will consist of 72 holes of stroke play to determine the eight teams for the match play portion of the tournament as well as the individual champion.
• After Sunday’s third round, the 30-team field will be trimmed to the top 15 squads and top nine individuals not on an advancing team for Monday’s fourth round.
• The top eight teams will then be placed into a match play bracket to determine the team champion.
• The quarterfinal and semifinal matches will take place on Tuesday and will be followed by Wednesday’s championship match.

• OSU has won 11 NCAA titles and has produced nine individual national champions with its most recent national championship coming in 2018 at Karsten Creek.
• OSU’s first NCAA crown came in 1963 under Labron Harris.
• Former coach and current athletics director Mike Holder captured eight titles (1976, 1978, 1980, 1983, 1987, 1991, 1995 and 2000).
• Mike McGraw won the crown in 2006, while Alan Bratton won his first in 2018, giving all four coaches program history a national title.
• OSU has produced 17 runner-up finishes after placing second in 2014 at Prairie Dunes Country Club.
• Earl Moeller was OSU’s first individual champion in 1953 and was followed by Grier Jones in 1968. David Edwards won in 1978 and was followed by Scott Verplank, Brian Watts and E.J. Pfister, who won consecutively from 1986-88. Charles Howell won in record-setting fashion in 2000 and was the program’s seventh national champion. Jonathan Moore‘s won in 2006 and Matthew Wolff took top honors in 2019.
• The Cowboys have now competed at the NCAA Championship in 73 of a possible 74 years, including an NCAA-record string of 65 consecutive appearances from 1947-2011.
• After their semifinal finish in 2019, the Cowboys have finished first or second at the event 28 times (11 titles, 17 second-place showings) and have finished in the top five 55 times. The Pokes have finished third on five occasions, fourth 12 times and have been the fifth-place finisher 10 times. OSU has five other top-10 finishes.

• Since the current format was implemented in 2009, OSU has advanced to match play seven times. The Cowboys finished second in 2010 and 2014, tied for third in 2011 and  2019 and tied for fifth in 2009 and 2017 before breaking through in 2018.
• During that span, OSU has won the stroke play portion of the event four times: 2009 (13 shots), 2010 (four shots), 2018 (eight shots), 2019 (31 shots).
• The Cowboys advanced after recording their NCAA-leading 15th regional title on their home course, Karsten Creek.
• OSU has won five consecutive regionals and six of their seven regional starts under Bratton.
• The Cowboys have won two events in a row with victories at the Big 12 Championship and their NCAA-leading 15th regional crown.
• OSU has won four of its last five starts as well.
• The Cowboys have five wins on the season, marking the 31st time since 1973-74 they have won at least five events in a season.
• OSU is ranked No. 3 by Golfstat and No. 2 in the Golfweek/Sagarin Ranking.