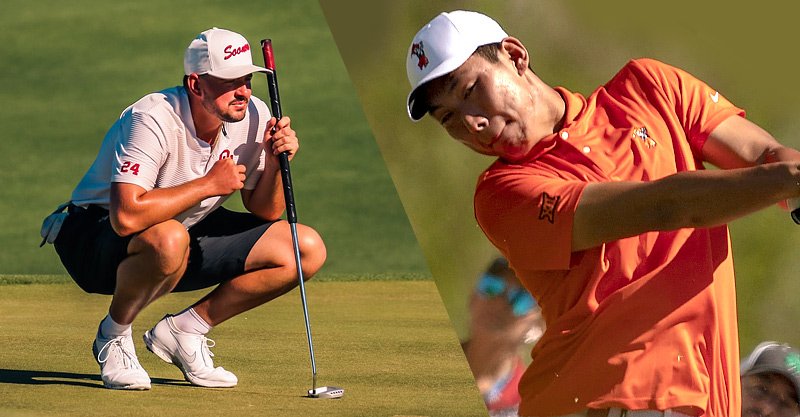 Oklahoma State shot a 6-under 274 to move into first place through 36 holes at the NCAA Championship at Grayhawk Golf Club in Scottsdale, Ariz.

Oklahoma shot a 1-under round of 279 and is in second place, three shots ahead of Arizona State.

Bo Jin, fast developing into one of the top players in the country, led the way for the Cowboys with a 6-under 65 and, combined with his opening 67, took over the lead in the individual race at 10-under 132.

The Cowboys also counted a 69 by both Eugenio Lopez-Chacarra and Austin Eckroat and a 71 by Brian Stark. Chacarra is tied for 11th at 1-under.

Quade Cummins led the way for OU Saturday with a 2-under 68 while senior teammate Jonathan Brightwell shot 69. Both are tied for fifth individually at 5-under 137.

“We’re under par, which is a great place to be,” OU coach Ryan Hybl said. “I feel like it’s similar to yesterday though in the sense that we probably could’ve hit it better and gone lower, but we got under and that’s what matters. We’re in a great spot and we’ll get a morning tee time tomorrow, which is basically what we played for today.”

“I played really solid golf both yesterday and today,” Cummins said. “You have to take the pins on when you can out here. The greens are firm and fast enough where if you’re coming out of the rough, you kind of just have to take your medicine and go do some work on the greens.”