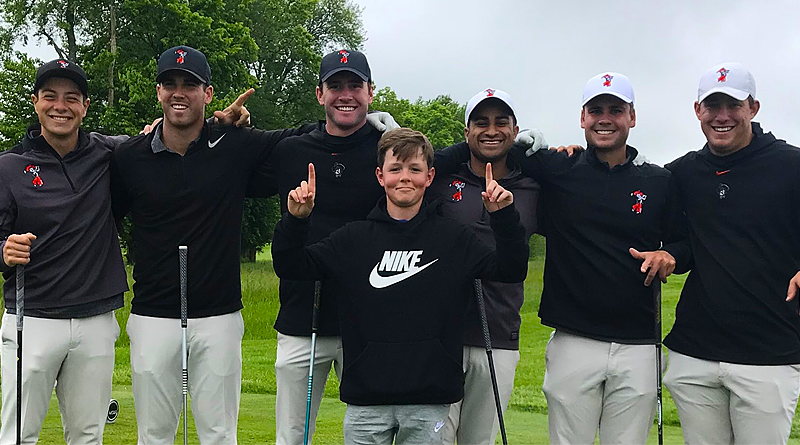 The top-ranked Cowboys have now won four consecutive regional titles and have captured regional crowns in five of their six seasons under the direction of head coach Alan Bratton. Additionally, OSU secured the 72nd NCAA Championship berth in the 73-year history of the program.

OSU fired a 7-under 277 to finish at 838 at the par-71, 7,217-yard layout. The Pokes’ 14-under tally was good for a four-shot victory over Auburn. Baylor finished third at 845. Louisville finished at 859, while North Florida posted an 860 total to claim the fifth and final qualifying spot.

OSU mounted its charge on the back nine, with the Cowboys’ four counting scores combining for 12 birdies against just one bogey on the inward nine to track down the Tigers.

Iowa State’s Tripp Kinney carded a closing 72 to finish at 7-under 206 to clip the field by a stroke in the individual race.

For the second consecutive event, OSU’s Viktor Hovland earned a runner-up finish, carding a closing 70 to finish at 6-under 207. For the season, the Cowboy junior has three victories in addition to his two second-place showings.

Austin Eckroat was responsible for the squad’s low round of the day. The sophomore turned in a bogey-free 67 to move into a tie for sixth place at 209. Eckroat began his day with four consecutive pars before carding birdies at the fifth and sixth, turning in 2-under 33. He also paired two birdies with seven pars on his inward nine, taking advantage of both par-5s on the second nine to come home in 2-under 34.

Senior Zach Bauchou posted his low round of the week with a 69 to get in with a 211 total and tied for 12th place. After making the turn at 1-over, Bauchou birdied three of the first five holes on the back nine on his way to a 3-under 33.

Finishing a stroke off the pace of Bauchou was sophomore Matthew Wolff, who carded a 71 to get to his 212 total. Standing at 4-over for the day, Wolff rallied with birdies on four of his final six holes to battle back to even par for the day.

Senior Hayden Wood carded a closing 74 to finish at 218 and tied for 35th place.