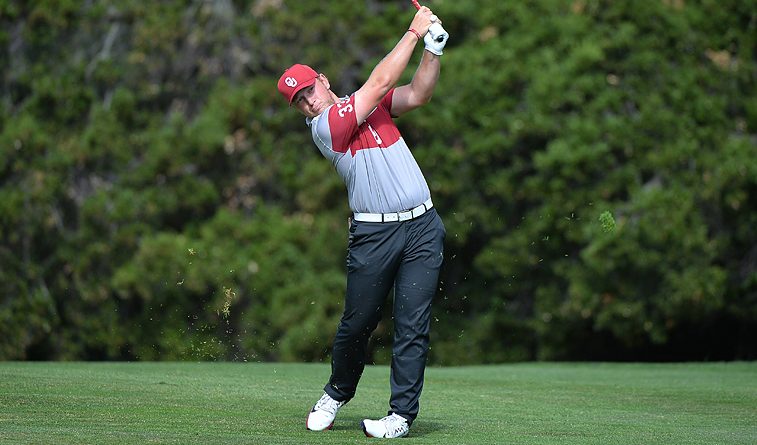 The victory was OSU’s fifth of the year and advanced the Cowboys to the NCAA Championship finals for a nation-leading 70th time in the 71-year history of the program. This year’s championship will be contested May 26-31 at Rich Harvest Farms in Sugar Grove, Ill.

“You always want to go into the nationals with momentum and, obviously, you have to take care of your business at the regionals. It’s always a potentially unsettling week. We didn’t get off to the greatest start in the first round, but I was pleased with what our guys did the last two days,” OSU head coach Alan Bratton said.

“It was a treat to play this golf course, as I haven’t been here in five years. The course was in phenomenal condition and it’s always good to have a chance to compete with the Longhorns and everybody else. We’ll just appreciate making another NCAA Championship and get ready for that next week.”

With a 14-under score of 270 during its third round, OSU finished with a 54-hole total of 13-under 839. Texas, which had come from behind to edge OSU at the Big 12 Championship at Prairie Dunes CC in Hutchinson, Kan., was the runner-up at the par-71, 7,355-yard layout, finishing with an 841 total. Iowa State fired the round of the day, a 21-under 263, to finish third at 845. Ole Miss finished fourth at 854 and Arizona State grabbed the regional’s fifth and final qualifying spot with an 859 total.

“Our guys have been playing well. Today’s round just says we took care of our business.,” Bratton said. “We didn’t make many birdies in the first round, but this team – when they have their game – they make them if they just stay patient. That’s what I was mostly pleased with. We just stayed patient and put up a good score today.”

Iowa State’s Nick Voke used a 61 during his final round to finish at 14-under 199 and five shots clear of the field.

Three Cowboys were among the group to share fifth place with senior Zachary Olsen, junior Kristoffer Ventura and freshman Viktor Hovland all getting in with 3-under totals of 210.

Olsen rose seven spots on the leaderboard courtesy of his closing 67. After opening with a birdie at the first, he moved back to even with a bogey at No. 5 before carding a pair of birdies over the final four holes of his outward nine to turn in 2-under 33. Olsen then tallied birdies at Nos. 11, 12, and 14 on his way to a 2-under 34 on his second nine to wrap up his second top-five finish of the spring.

Ventura used a bogey-free front nine, which featured a birdie at the eighth, on his way to a 2-under 69 to secure his fourth top-five finish of the year.

Hovland matched Olsen with a 67 to climb seven spots as well into the fifth position. The freshman’s front-nine total of 32 included four birdies and helped propel him to his fourth consecutive top-10 showing.

Zach Bauchou earned a top 10 of his own, firing a 67 to move into a tie for 10th place at 211. The sophomore turned with an even-par 35 before putting together a bogey-free inward nine that featured birdies at Nos. 13, 14, 16 and 17. For Bauchou, the finish was his third consecutive top-10 performance.

Sophomore Hayden Wood closed with a 72 to finish at 219 and tied for 31st place.

The No. 14 Oklahoma men’s golf team is advancing to its seventh consecutive NCAA Championships finals after claiming fourth place at the NCAA Stanford Regional in Stanford, Calif., and the team was paced by sophomore Brad Dalke’s individual victory. The Sooners are one of just four programs to qualify for the championship for seven straight seasons, joining Illinois, Texas and USC.

Dalke posted a career-low 54-hole score, a 198 (-12), to earn the first individual medalist honor of his career. His third-round 69 (-1) marked his third consecutive round in the 60s and the eighth of his season.

“It means so much to me to win this week at regionals,” Dalke said. “I’ve been playing great golf for a while now, and I finally got it all together this week. Most importantly, I felt like I really helped the team advance to nationals, and that is the only reason we came here. It was just a great week overall that I can gain even more confidence from.”

“This is a great day for our squad,” eighth-year OU head coach Ryan Hybl said. “Our guys fought hard all week, and even though we didn’t play well outside of Brad’s great performance, we survived for another week. Brad had one of the best weeks we have ever had here at OU, and I am proud of him.  He really carried us this week. This team has a chance, and that’s all we can ask for.”

The low five teams and low individual not on those teams from each regional advance to the NCAA Championships. Joining the Sooners from the Stanford Regional are Stanford, Baylor, Pepperdine and North Carolina, while North Florida’s Travis Trace qualified as an individual. Stanford and Baylor tied for the team title at 823 (-17). Pepperdine took third at 835 (-5), and North Carolina finished fifth with an 843 (+3).

Joining Dalke in the top 20 individually was OU junior Grant Hirschman, who earned a share for 17th. He registered five birdies en route to a final-round 68 (-2) and an overall 211 (+1).

The Sooners will vie for a national title May 26-31 at Rich Harvest Farms in Sugar Grove, Ill.

Complete results are at www.golfstat.com.