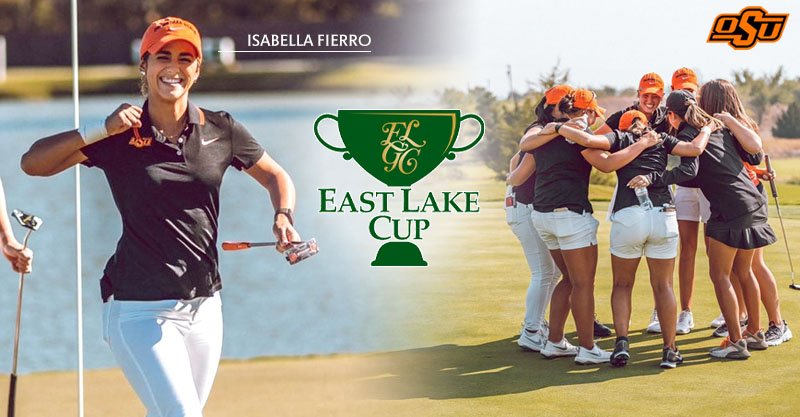 ATLANTA, Ga. – Top-seeded Oklahoma State women’s golf defeated fourth-seeded Arizona, 3-2-0, in the match play semifinal round at the East Lake Cup on Tuesday. The Cowgirls advanced to the championship match on Wednesday with the win and will face Duke at the East Lake Golf Club.

Hailey Jones earned the first Cowgirl point of the day with a 3-and-2 victory over Ellinor Sudow before Isabella Fierro posted the second OSU point in dramatic fashion with a win on the 19thhole to take her match against Caitlin Whitehead.

Maddison Hinson-Tolchard secured the Oklahoma State advancement with her 5-and-4 victory over Carolina Melgrati.

“It was certainly an exciting match out there today,”  coach Greg Robertson said. “Arizona is a strong team, and they gave us everything we could handle. It was great to see the team rise to the challenge and come out on top in the end.”

Caley McGinty fell in her match to Ya Chun Chang, 5 and 4, while Lilas Pinthi secured Arizona’s second point with a 1-up win over Rina Tatematsu.

“It wasn’t easy, but those are the type of matches you have to expect in tournaments like this with such strong teams in the field,” Robertson said. “We’re looking forward to another good one tomorrow.”

The Cowgirls will face Duke tomorrow morning in the East Lake Cup Final. The two teams last met this past May as OSU defeated the Blue Devils, 5-0, to advance to the NCAA Championship.