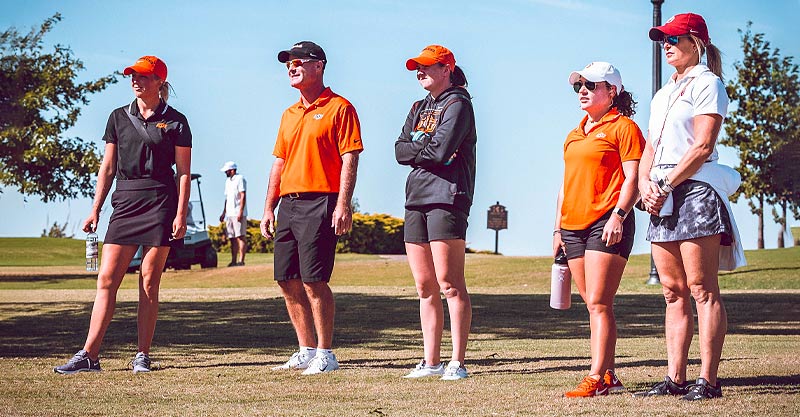 STILLWATER, Okla. – No. 7 Oklahoma State women’s golf is set to return to action this week for The Bruzzy at the Waterchase Golf Club in Fort Worth, Texas.

The Cowgirls won the individual and team titles at this event in 2021 when it was played at the Lantana Golf Club in Argyle, Texas. Lianna Bailey’s individual title at the event marked the second of her Cowgirl career.

In addition to The Bruzzy, four Cowgirls are set to compete as individuals in the ORU Spring Invite at The Club at Indian Springs (River Course) in Broken Arrow, Okla. Emma Whitaker, Ashton Begley, Angelica Pfefferkorn and Jenna Solheim will attack the par-72, 6,136-yard course.

The ORU Spring Invite will start with a shotgun start at 8:30 a.m. on Monday, weather depending.

THE LAST TIME OUT

THE COWGIRLS (At The Bruzzy)