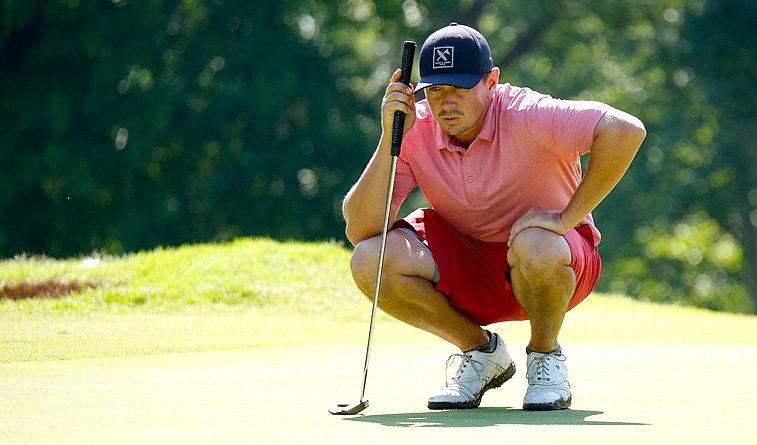 Former University of Central Oklahoma golfer Josh Creel of Edmond opened his third round with nine consecutive pars Friday before catching fire on the back nine, shooting 31 on his way to a 67. He will take a five-shot lead into the final 18 holes of the New Hope Oklahoma Championship on the APT Tour at The Club at Indian Springs.

With five birdies and no bogeys Friday, Creel has now made 23 birdies against one bogey in 54 holes. At 22-under, he leads Jace Long of McKinney, Texas, who shot 66 to move to 17 under. Three golfers are tied at 16 under.

Tee times have been moved up for the final round Saturday as there is a 70 percent chance of storms overnight. The leaders in the final group are scheduled to go at 9 a.m.