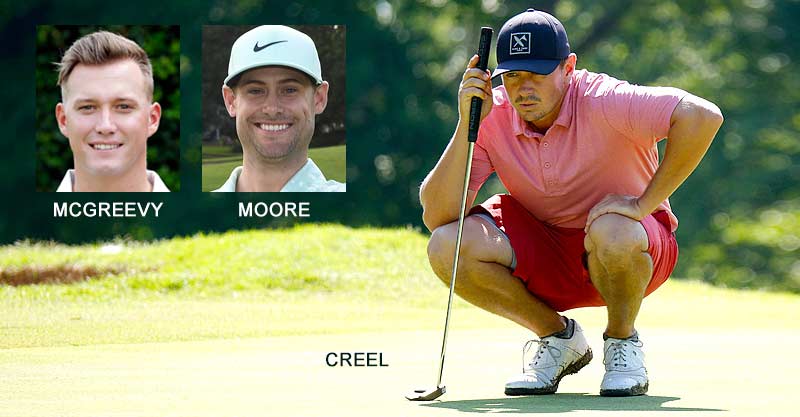 NEWBURGH, Ind. (Sept. 5) – It’s been a long, tough road for Joshua Creel, but a decade of trial and tribulation came to fruition for the former Central Oklahoma national champion golfer Sunday.

Creel’s top-10 finish in the Korn Ferry Tour Championship at Victoria National Golf Club earned him a promotion to the PGA Tour for 2021-22.

The 31-year-old Edmond resident tied for eighth at 11-under-par 277 after shooting steady rounds of 69-69-70-69. That finish — along with a 10th-place showing last week at the Children’s Hospital Championship – put him 13th in the three-event Korn Ferry Tour Finals, with the top-25 earning their PGA Tour cards for next year.

“It’s been a lot of hard work,” Creel said. “It was a grind, but I stuck with it and kept working. I believed in my ability and it paid off.”

Creel finished the Korn Ferry Tour on a tear. He was runner-up at the Live and Work in Main Open in late June, then captured his first Korn Ferry title in early August at the Utah Championship with a 24-under 260 total

A two-time All-American and the 2012 NCAA Division II national champion for the Bronchos, Creel turned professional immediately after his last college tournament in search of making it to the PGA.

He played on various tours and earned three wins on the All Pro Tour in 2018 before moving on to the Korn Ferry Tour. Creel had limited success on the Korn Ferry Tour until his big surge this summer and now he’s headed to the big show.

Joshua and his wife, Alex, still live in Edmond and the couple are expecting their first child in December.