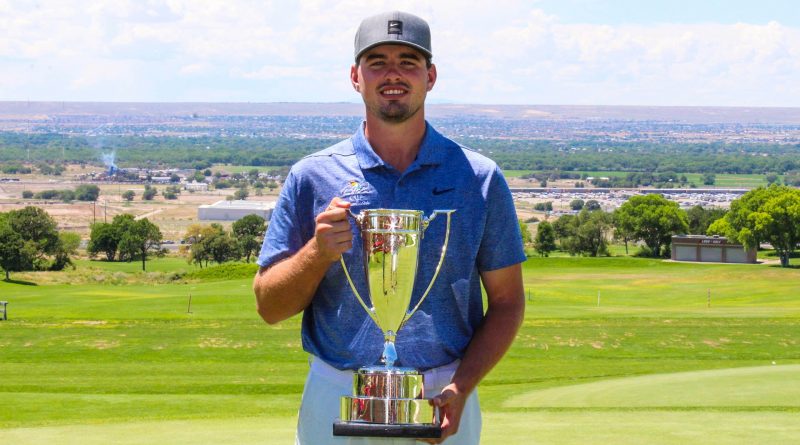 Cummins posted a four-round total of 264 (-20), playing the final 54 holes at 16-under and logging just one bogey over the final three days of action.

The Weatherford, Okla., native opened the tournament with a 67 (-4) and grabbed the individual lead for good during Wednesday’s second round by firing a bogey-free 66 (-5).

Cummins followed up with his best round of the week by carding a 65 (-6) during the third round Thursday, before closing out the event with a 66 (-5) on Friday.

“I had a three-shot lead after nine,” said Cummins after the final round. “Then I went birdie, par, birdie, and it kind of separated me a little bit. I’ve never really been in a zone like that.

“I was just hitting to 20 feet and I was able to roll some in this week. This is definitely one of my better putting weeks. Golf is funny, last week I felt like I was playing the same and I finished around 40th, but just having some putts fall can change everything.”