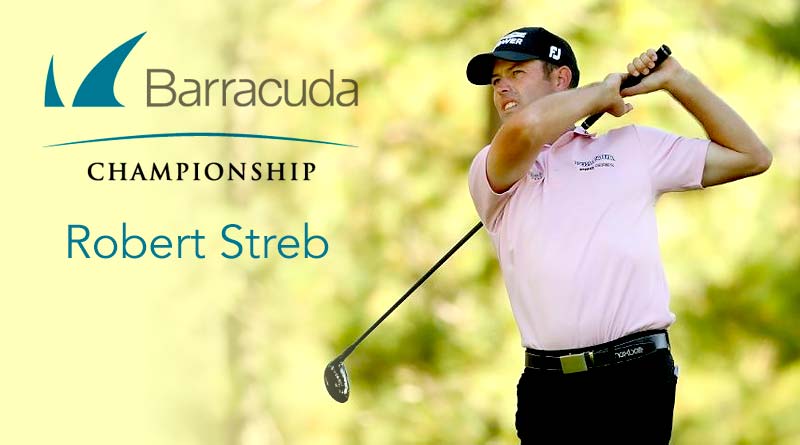 With one week left in the PGA Tour calendar before the FedEx Cup playoffs begin, Edmond North graduate Robert Streb is again on the bubble to retain his card.

Streb, who led after the second and third rounds, had a great chance to win the Barracuda Championship this weekend but couldn’t make any birdies down the stretch in the modified Stableford scoring tournament, including three-putting after having an eagle putt from about 15 feet on the par-5 13th hole and then not getting up-and-down from just off the green on the drivable par-4 14th. Those two, plus a par on the par-5 18th hole, left six points on the table that could have vaulted him into a solo second.

Instead, he tied for third, but still jumped from 144 to to 124 on the FedEx Cup points standings, one spot inside the top 125 which will keep their PGA Tour cards for 2020 as well as be able to participate in the playoffs which begin Aug. 8-11 with The Northern Trust. Streb will try to solidify his spot this Thursday through Sunday in the Wyndham Championship, the tour’s final regular season event.

Also trying to earn his card but facing a much bigger hurdle will be Viktor Hovland, the former Oklahoma State All-American. Hovland has accumulated enough points to appear in the Korn Ferry Tour Finals, but could still avoid that by either winning or finishing second in the Wyndham Championship.

Former Oklahoma Sooner Grant Hirschman flirted with winning the Price Cutter Charity Championship on the Korn Ferry Tour this weekend before eventually tying for fourth at 18-under, four shots behind winner Harry Higgs. Hirschman moved from 131 to 95 on the money list, but needs to get within the top 75 to make the playoffs with just one event left to move up.

Also in need of a big finish this week is Taylor Moore of Edmond, who is currently 99th after a tie for 18th. Players safely in the top 75 include Charlie Saxon of Tulsa and the University of Oklahoma at 49, Josh Creel of Edmond at 34, Michael Gellerman of OU at 18 and Rhein Gibson of Edmond at 9. Gellerman and Gibson will earn their PGA Tour cards for 2020 regardless of how they perform in the finals by virtue of finishing in the top 25.

Also, Blake Trimble of Edmond tied for 18th and Cody Burrows of Chickasha tied for 32nd.

In the what a difference a day makes category, Logan McCracken of Oklahoma City, who remains the season leader on the money list, opened with an 81 then fired a second-round 65.